National Cathedral will be commissioned on March 6, 2024 – Finance Minister assures 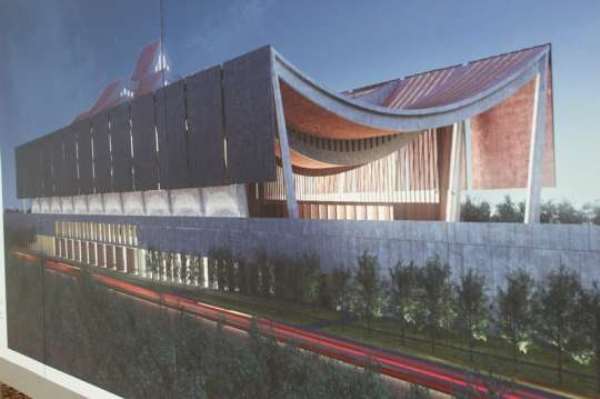 The Finance Minister, Ken Ofori-Atta, has announced a date for the commissioning of the National Cathedral project which is yet to be completed.

He says the Cathedral would be officially opened on March 6, 2024, upon completion.

He made this known while delivering the 2021 mid-year budget review in Parliament on Thursday, July 29, 2021.

The National Cathedral project was proposed by the government in March 2017 as a physical embodiment of national unity, harmony, and spirituality.

The design for the cathedral was unveiled by the President, Nana Addo Dankwa Akufo-Addo, in March 2018.

At the time, he said the construction was a fulfillment of a promise he made to God in the run-up to the general election in 2016.

The project, which was designed by renowned architect David Adjaye, has been widely criticised and condemned by a number of Ghanaians who consider it a misplaced priority.

The condemnation deepened when government had to demolish some state property including accommodation for judges at a prime area in Accra to pave way for the construction.

The Finance Minister, Ken Ofori-Atta, told Parliament that work on the Cathedral is progressing speedily, and will be ready for commissioning in a few years.

The $100-million inter-denominational cathedral will have an auditorium capable of seating 5,000, as well as chapels and a baptistery.

The site will also house a music school, an art gallery and a museum dedicated to the Bible.

A board of trustees is supervising the construction.

The board, which was inaugurated in March 2017, is chaired by a former Presiding Bishop of the Methodist Church of Ghana, the Most Rev. Samuel Asante Antwi, with the Metropolitan Archbishop of Cape Coast, the Most Rev. Charles Palmer-Buckle, as Vice-Chairman.

The Founder and General Overseer of Power Chapel Worldwide, Prophet Victor Kusi Boateng, is the Secretary.

Work picked up in earnest in January 2020, with a fence wall bearing an artistic impression of the cathedral erected around the perimeter of the site.

A foundation stone signifying the commencement of construction work was laid on March 5, last year.

Work was steadily picking up until the outbreak of the COVID-19, as a result of which work had to be put on hold.