Nearly 1,000 migrants have drowned in the Mediterranean Sea in 2021: UN 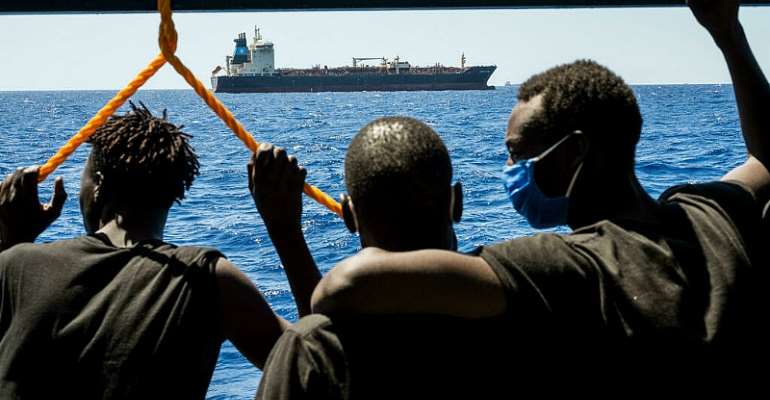 The 57 migrants who drowned off the coast of Libya on Sunday added to the toll of nearly 1,000 lives lost in the Mediterranean Sea this year alone, the UN agency International Organisation for Migration (IOM) has revealed.

In addition to the 57 who drowned on Sunday when their boat sank, there are at least 20 women and two toddlers missing from the sinking, while 18 were rescued, according to the IOM.

Local fishermen and the Libyan coastguard rescued 18 people from the waters 120 kilometres east of Tripoli.

"Our staff in Libya provided emergency medical assistance, food, water and comfort to the survivors, who are from Nigeria, Ghana and The Gambia, said IOM spokesman Paul Dillon.

Sicily allows 422 migrants, some with Covid-19, to disembark from Ocean Viking

970 people gone this year
Some 970 people have drowned this year while making that treacherous journey to Europe.

The IOM said there had been a rise in departures for 2021 along the central Mediterranean as well as an increase in interceptions, and more arrivals.

"By advocating for better migration management practices, better migration governance and greater solidarity from EU member states, we can come up with a clear, safe and humane approach to this issue that begins with saving lives at sea," said Dillon.

The African Union also called on its member states to expedite the evacuation and return of their citizens stranded in Libya in very poor and dangerous conditions in detention centres.

The IOM says it is deeply concerned about the operations of such centres.