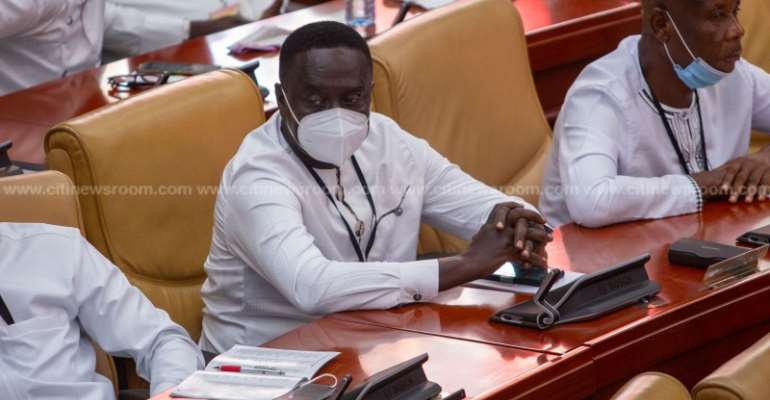 Mr James Gyaakye Quayson, the National Democratic Congress’s Parliamentary Candidate in Assin North, whose victory in the 2020 election has been declared null and void by the court has reacted to the judgement.

He described the Cape Coast High Court’s judgment over his supposed dual citizenship status as “a travesty of justice”.

In response to the court judgment overturning his victory, Mr. Quayson said, “we shall resist every attempt to subvert the true will of the people.”

He maintained in a statement that his election victory was “pure and legitimate”.

“As the unimpeachable facts show, I have always been a sincere, loyal, law-abiding, and patriotic citizen who only set out in good conscience to come to serve the great people of Assin North with all my heart and with all my capacity,” he stated.

Mr. Quayson urged his supporters not to be discouraged, saying “the confirmation of our historic victory beckons.”

The court annulled the election after a petition arguing that Mr. Quayson breached the provisions of the constitution with regard to dual citizenship.

It held that at the time of the parliamentary election in the Assin North Constituency in 2020, Mr. Quayson was not qualified to contest as a candidate in accordance with the electoral laws of Ghana.

Though he had begun processes to renounce his Canadian citizenship, administrative processes had not been completed before he filed to contest the election.

The Minority in Parliament has since said it will file a legal challenge to appeal the decision of the Cape Coast High Court. Find below his full statement

I wish to use this medium to express my deep and profound appreciation for the outpouring of support and solidarity since the judicial events of yesterday.

I am absolutely grateful to the chiefs and people of Assin North for the remarkable show of love and unparalleled resilience.

The solidarity from the rank and file of the NDC and the general public as a whole has renewed my confidence in a brighter future for this country regardless of the treacherous momentary setbacks.

As the unimpeachable facts show, I have always been a sincere, loyal, law abiding and patriotic citizen who only set out in good conscience to come serve the great people of Assin North with all my heart and with all my capacity.

Our massive victory in Assin North on December 7, 2020, was a pure and legitimate one handed over to us by the discerning people of Assin North and we shall resist every attempt to subvert the true will of the people.

Victory from the masses is far superior to the dark machinations of an elite few.

All my beloved constituents should be assured that I am in high spirit and confident that this momentary travesty shall rather make us emerge stronger.

So I urge you all not to be worried, neither should you be discouraged- the confirmation of our historic victory beckons.

Take heart and be of good cheer; the victory of the NDC and all true democrats shall not be stolen!

The Almighty Lord is on our side – we fear no foe.

Gov't hands over seized rosewood to Trustees of National Cat...
1 hour ago