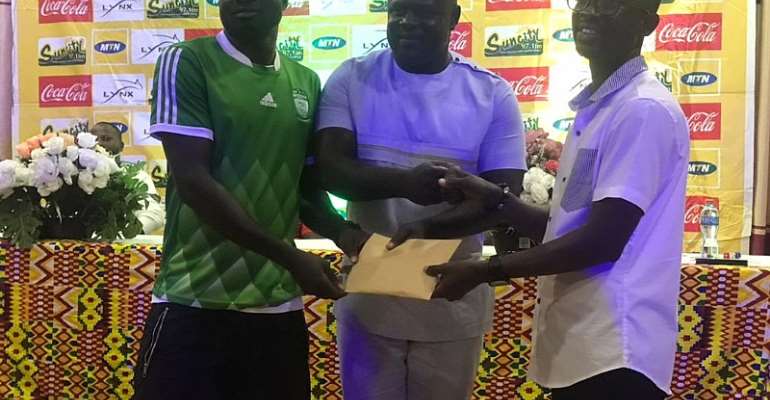 Dr Gideon Boako, Spokesperson and Economic Advisor to the Vice-President has fulfilled a promise he made to Tano Bofoakwa Football Club by donating GHc10,000 to the Sunyani-based Division One side.

The donation was made on behalf of Dr. Gideon Boako by the Bono NPP Regional Director of Communications, Asare-Bediako Seth at a brief ceremony in Sunyani.

Dr. Boako had earlier met with players and officials of the club ahead of their last game against Berekum Arsenals to encourage them to convincingly win the match to enable them qualify to the Premier League but luck eluded the club as they failed in that regard.

That notwithstanding, the Vice-Presidential Staffer still went ahead to honour his promise to support the team financially and to wish them better luck next time.

After making the donation on behalf of Dr. Boako, Mr Asare Bediako Seth told the media that the gesture would go a long way to assist the team to mount a better performance in the next season and hopefully bounce back into the Premier League.

The Operations Manager for Tano Bofoakwa Mr. Alphonse Cuddjoe who received the amount expressed their gratitude to Dr Boako for his kind gesture and assured him that the money will be used judiciously to yield better results for the team.