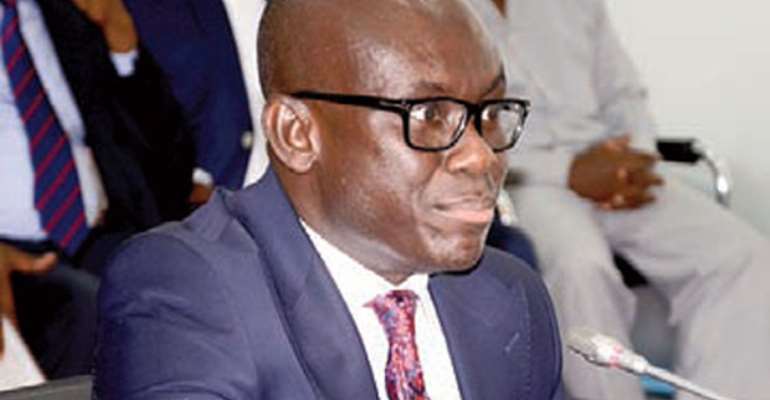 There are 163 convicts on death row in Ghana and they are treated as convicts serving life imprisonment, the Attorney General and Minister of Justice, Godfred Yeboah Dame, told Parliament.

He said, however, that since July 1993, the death penalty had never been carried out although a number of accused persons had been sentenced to death.

The Attorney General and Minister of Justice said this when he appeared before Parliament to respond to a question by MP for Madina, Francis-Xavier Kojo Sosu, who wanted to know the steps being taken to amend the laws to abolish the death penalty.

The abolition was recommended by the Constitution Review Commission in 2011.

In response, the Minister said the death penalty in Ghana had constitutional and statutory underpinnings in terms of creation of offences for which the penalty is death.

He said the offence of high treason was created by Article 3(3) of the 1992 Constitution and a penalty of death is stipulated in the provision for its commission.

Further, Article 19(2)(a) provides a clue that the framers of the Constitution were cognisant of the existence on the statute books of Ghana of offences punishable by death other than high treason.

The provision in setting out the procedure for a trial of a certain class of offence, stipulates thus: “A person charged with a criminal offence shall (a)in the case of an offence other than high treason or treason, the punishment for which is death or imprisonment for life, be tried by a judge and jury.”

The Minister explained that high treason was not tried by a judge and jury and that the provision in Article 19(2)(a) on the clear wording, therefore, suggests that the framers of the Constitution contemplated the existence of offences for which the punishment would be death or life imprisonment.

“It is my respectful submission that an abolition

of the death penalty would imply an amendment of articles 3(3) and 19(2)(a) of the Constitution as well as provisions of the Criminal Offences Act, 1960 (Act 29)” the Minister said, adding; “An amendment of Act 29 is the duty of Parliament, and not the Executive.

Mr Dame, however, said an amendment of articles 3(3) and 19(2)(a) of the Constitution must be effected through a recourse to the procedure stipulated in Article 290, since the provisions were entrenched.

He submitted that the processes to trigger an amendment of an entrenched provision, including the provisions on the death penalty, were the prerogative of Parliament.

Clause 2 of the Constitution (Amendment) (Entrenched Provisions) Bill provides for the abolition of the death penalty.

The Minister said effectively, this would have replaced the death penalty with imprisonment for life without parole.

However, given the limited time, inadequate consultation and the requirement of a referendum under Article 290 of the Constitution, the Constitution (Amendment) (Entrenched Provisions) Bill did not go through the processes constitutionally required for its passage.

According to the Minister, when Ms Gloria Afua Akuffo assumed office as the Attorney-General, she established the Constitution Amendment Review Committee on 17th October, 2018 to review the work and identify practical ways to facilitate the implementation of the proposed amendments.

Mr Dame said the Committee, which he chaired, observed that the manner in which the erstwhile Constitution Review Implementation Committee had proposed 40 amendments of entrenched provisions with two additional consequential amendments and transitional provisions, as one bill, to be voted upon at one referendum was not feasible, unwieldy and not in the national interest.

“The intended exercise could actually be interpreted as an attempt to force the hands of the electorate to make such an important decision without reference to the substantially diverse nature of the amendments,” the Minister said.

“This approach was inherently unconstitutional as the free choice of the electorate, which is an essential aspect of the referendum exercise, would have been defeated.”