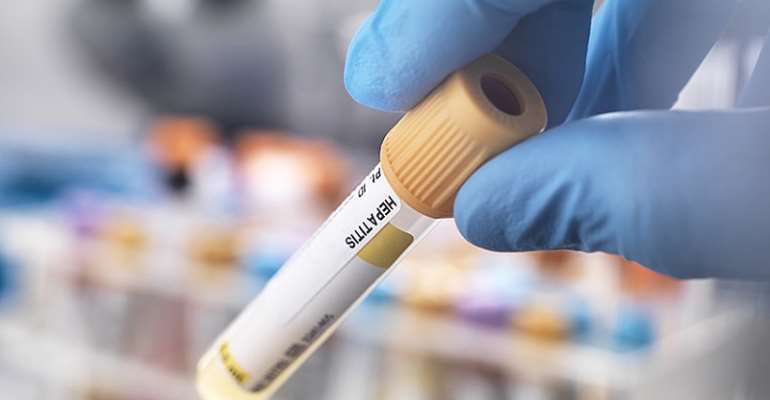 Hepatitis is simply an inflammation of the liver tissues caused by several infectious viruses and non-infectious agents. Its symptoms include fatigue, flu-like symptoms, dark urine, pale stool. abdominal pain, loss of appetite, unexplained weight loss among others. It can lead to several health problems such as, liver cirrhosis, liver failure, liver cancer among others.

It is mostly caused by the hepatitis viruses A, B, C, D, and E. Hepatitis A and E are mainly spread through contaminated food and water. Hepatitis B is mainly sexually transmitted but may also be passed from mother to baby during pregnancy and or child birth. Hepatitis C is commonly spread through infected blood which mostly happens during administration of intravenous drugs. Hepatitis D can only infect people already infected with hepatitis B.

According to the world health organization (WHO) it is believed that about 325 million people are living with hepatitis worldwide. The most prevalent of all the viral hepatitis is the one caused by the hepatitis B virus mostly termed as the Hepatitis B infection. The WHO estimated that about 296 million people are living with the chronic Hepatitis B infection with an alarming 1.5 million new infection annually. In 2019 hepatitis B led to the death of about 820,000 individuals mostly as a result of liver cirrhosis and or liver cancer.

The prevalence of hepatitis B in Africa and West Africa is believed to be about 10% and 15% respectively. In Ghana however, the prevalence rate is estimated to be between and 10 an 12.3%. Despite many efforts towards the treatment and effective vaccination against hepatitis B, it is still considered the most dangerous type of viral hepatitis. The WHO estimates that about 80% of people living in the low-income countries use one form of traditional medicine or the other for their primary health care needs.

It is little wonder that in Ghana several Traditional medicine practitioners claim that they have medicines (herbs) that could help in the management of this disease. A lot of scientist and people in the middle class treat such claims with the contempt it deserves.

Is it not surprising however, that despite the backlash these practitioners receive from some scientist and the middle class in society, they seem to be doing well in their business? This cannot be a stroke of luck or serendipity because if that was the case, they would have fizzled out with time.

The reverse however is the case in that most of these practitioners now sit on national television with lab reports mostly that of the liver function test and viral load to prove the progress achieved by their patients before and after they started therapy at their centers. I believe this progress however should instigate discussions towards research into these claims rather than bastardisation from other health care providers. At the end it will our patients who will suffer if we continue to be on this tangent instead of collaborating and researching to unruffle the science behind their claims.

The WHO posits that viral Hepatitis should be a thing of the past by the year 2030. One of its strategy to see an end to the Hepatitis infection is ‘effective partnership’. It believes that if governments of member countries collaborate with the right institutions and stake holders within their country, the elimination of hepatitis will see the light of day in the foreseeable future.

One of such institutions the government of Ghana could partner with respect to research into these herbal medicines used by our traditional practitioners in the country is the Institute of Traditional and Alternative Medicine at the University of Health and Allied and Sciences, Ho.

This institute as part of its mandate seeks to the organization of training and research programmes in Traditional, Complementary and Alternative Medicine (TCAM) practices and products; sensitization, public education, and advocacy with respect to TCAM, that will lead to increased confidence in the safety and use of TCAM practices; and the promotion of integrative and holistic TCAM with allopathic practices. If Ghana wants to achieve sustainable development goal (SDG) 3 which is “health and well-being for all” then traditional and alternative medicine cannot be overlooked. If we are saying that we should fix several things in our country then I dare to say as we celebrate world hepatitis day that hepatitis cannot wait and hence, we should fix it.

I have no doubt that with proper investment into traditional medicine research we can fix hepatitis B with our own herbal medicines. Ghanaian scientists have shown their capabilities and prowess with regard to the fight of COVID 19 when resources were channeled in that regard. It was for that reason that our president in his last address to the nation made us aware of our intention of having our own vaccine producing center.

This feat I am sure came from the back drop of science and data provided to him by the scientific community. Mr. president I humbly say that despite the havoc done to us by COVID 19, hepatitis is still killing your people and the earlier we nip it in the bud the better for all. We seem to lose sight of other diseases with our resolve to fight COVID 19. It is for this reason that I write on this day as we join the world over to mark the world hepatitis day that, HEPATITIS CAN’T WAIT LET’S FIX IT.

I believe this can be done by exploiting the possibilities our very own traditional medicines. I say this with confidence because Silymarin a drug used in the management of Hepatitis B was obtained from the herb Silybum marianum commonly called milk thistle. Several of such plants are in Ghana and with proper research investment Ghana can be beyond aid in our quest to end viral hepatitis by the year 2030 and achieve our SDG 3. Thank you.

Ablakwa making noise about Akufo-Addo’s flights for politica...
38 minutes ago