Indiscipline Is Bleeding The Moral Fabric Of The Country 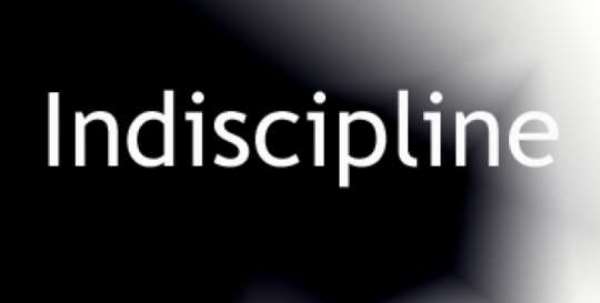 There is a new wave of indiscipline that is going on through the power of both social and traditional media.

I am part and parcel of the freedom fighters of this generation. The likes of the supremo capital smart, Black Rasta, Avram Ben Moshe, free mind family, Okatayire Afirifa, Oheneba David, David Kekesi and the man of the moment Twene Jonas aka Glass Nkoaaa and the likes

They are doing fantastically well by punching hard on some of the ills and rots in the country, that needed to be fixed by our leaders

There are elements of truth in whatever they are trumpeting, for our country is far behind in terms of developments.

The standard of living of the Ghanaian people averagely is not much impressive, looking at the rate of unemployment, bad facilities such as water, electricity, schools, roads, hospitals are below standard.

I think our leaders need such baptism of fire to put things in order to shape the nation through the Developmental projects.

There are many ways to kill a cat, the current freedom fighters are doing well but the insults in their utterances is too much. A lot of children are listening and watching them. Who can copy such insulting words?

Someone will also say if they don't insult the leaders with such strong words they won't sit up to do the right thing.

The attention they need from the public won't be given unto them to be loud in the country. So far as they have followers listening and watching them, means people enjoy what they are preaching.

I sometimes don't blame them too much for even our leaders insult themselves on radio and Television by their political divides in the country.

Gone are the days when the youth respect the elderly but it is fading out in the country gradually these days. At first, when a youth See's an elderly person coming with languages, he or she will run at high speed to go and collect the luggage of the elderly person.

When a youth sit in public transport and an elderly person is standing inside the vehicle the youth will stand up willingly for the elderly person to occupy his or her seat.

Someone will buy pure water and deliberately put the waste on the floor after drinking the water while a dustbin is available.

We have been littering around our environment with waste, and all our gutters are choked.

Whenever it rains heavily our communities get flooded, some properties got damage and innocent life's lost by the flooding.

We urinate everywhere just like that and defecate at wrongful places. Why won't mosquitoes bite us to get malaria?

Some business managers turn their offices to be hostel rooms, sleeping with their staff roughly.

Drivers overspending on the highway when a passenger complains then it turns to fight.

Most private and public workers have turned to become thieves. Where stealing and thievery is their focus, not the growth of the work.

Some people always go to work late and close early.

We have people in the church anytime they go to church and the pastor is preaching that is when they go online to chat with their girlfriend's and boyfriend's to the extent of even watching pornographic materials on their phones.

Scammers and fraudsters always online looking for someone to dupe and fraud.

Fake mallams, pastors and fetish priests deceiving people to be lazy and come to them for spiritual money.

The rate of indiscipline in the country is too much to a point that, I'm reliably convinced that most of us don't love the country.

Let us abstain from all kinds of indiscipline acts and think about the country.

Ghana first must be our priority.

John Agyare’s nomination as Ahanta West MCE is a great choic...
13 minutes ago