Serbia's Micho goes back to his football roots in Uganda 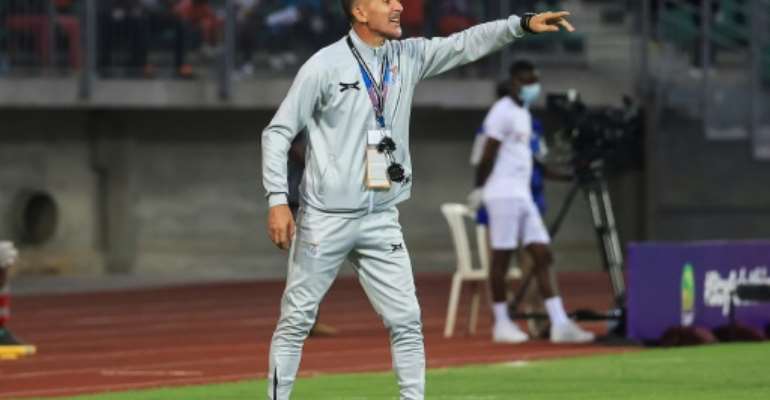 Milutin Sredojevic was in charge of Zambia during the African Nations Championships in January. By Daniel BELOUMOU OLOMO (AFP/File)

Uganda's national team have reappointed Milutin "Micho" Sredojevic as their new coach, with the Serbian saying he was happy to be back at his African football home.

Sredojevic, who quit the post four years ago in acrimony over $54,000 in unpaid wages, has signed a three-year contract which will take in the qualifiers for the 2022 World Cup in Qatar which start in September.

The Ugandan Football Federation (FUFA), keen to mend fences after the previous fallout with the Serbian, said the 51-year-old tactician was the right man to lead the Uganda Cranes after the team's failure to qualify for the 2021 Africa Cup of Nations finals in Cameroon, pushed back to January 2022.

"The appointment is aimed at enhancing the national team's performance and we believe Micho is the best candidate for the job," FUFA spokesman Ahmed Hussein told AFP.

Sredojevic tweeted that he was happy going back to "my African football home" after four years away from Uganda.

During that time, he was with South African premiership side Orlando Pirates, Zamalek of Egypt and Zambia's national team as head coach.

But his appointment has drawn a mixed reaction from the Ugandan media and football fans.

Social media celebrity Robert Kabushenga earned a sharp rebuke from FUFA when said he hoped Micho will be paid his salary in advance to avoid a repeat of the past.

"I hope this time you have been paid in advance. Unless of course you are returning as a volunteer," Kabushenga, former chief executive of Uganda's New Vision newspaper, said on Twitter.

"If they pickpocket you again don't come here to make noise for us."