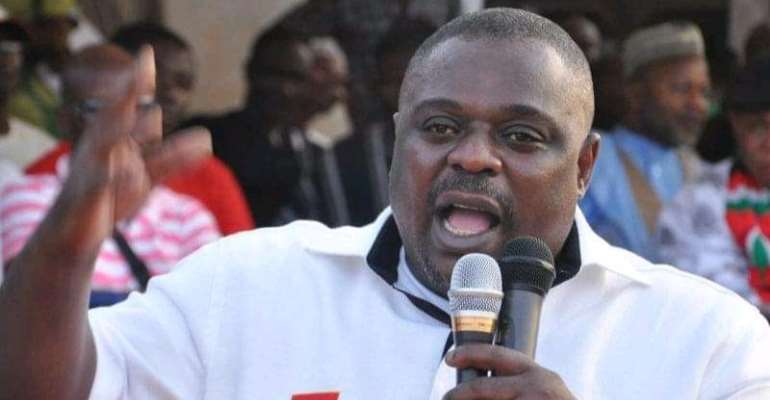 A Deputy National Youth Organizer of the National Democratic Congress (NDC) Edem Agbana has described as welcoming the expulsion of Koku Anyidoho from the party while noting that indiscipline cannot be entertained.

According to him, no single individual in the NDC is above the party laws and hence the decision to expel the former Deputy General Secretary is a move in the right direction.

“We are a party that must thrive on discipline, nobody, no single individual is above the laws of the NDC.

“This is welcome news and I want to say that, at the constituency level, regional level and at the national level, if anybody, any individual is found breaching the constitution of the NDC, we must deal with them”, Edem Agbana told TV3 in an interview.

The NDC National Youth Organizer added, “it is better to go into a football match with ten players against eleven from the other side than to go with eleven players and one scoring an own goal.”

Mr. Koku Anyidoho on Tuesday, July 27, 2021, was expelled from the NDC for misconduct that bothers on anti-party behaviour.

The decision was taken by the Functional Executive Committee (FEC) of the National Democratic Congress (NDC) following a meeting on Tuesday to review two reports filed against the President of the Atta-Mills Institute.

After the expulsion, Mr. Koku Anyidoho has been directed to return any party property that may be in his custody.

He is also to forfeit any moneys, dues, or subscription fees that he may have made to the Party.