Koku Anyidoho was a disaster to the party — Aowin MP 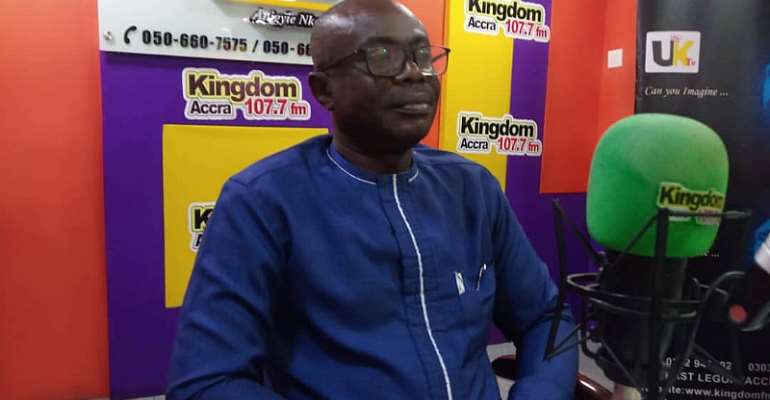 The Member of Parliament (MP) for Aowin, Hon. Oscar Ofori Larbi has backed the National Democratic Congress dismissal of the former Deputy General Secretary Mr. Koku Anyidoho from the party.

He said Mr. Anyidoho “is a total disaster” and the main cause of the party’s woes.

"Every member of the party is to defend and protect the name of the NDC party as required of members under Articles 45 of the NDC Constitution,’’ Hon. Oscar Ofori Larbi exclusively told Kwaku Dawuro on ‘Anopa Nkomo’ on Accra-based Kingdom FM 107.7

The lawmaker noted that Koku Anyidoho has on several occasions conducted himself in a manner that has brought the party’s name into disrepute, causing public ridicule and also weakened the unity and cohesion within the NDC in fragrant breach of articles 46 and 45 of the party’s constitution.

According to him, Mr. Anyidoho verbal assault on the 2020 party’s flagbearer Mr. John Dramani Mahama and its leadership is heightening the downfall of the party success.

The party says Mr Anyidoho was sacked for misconduct and anti-party behavior.

In a letter signed by its General Secretary Johnson Aseidu Nketia, the NDC stated that Mr Anyidoho was found guilty for indiscipline pursuant to article 48 (1) (9) of the party’s constitution.

The letter added that the National Disciplinary Committee found Mr Anyidoho guilty of the charges and recommended his expulsion.