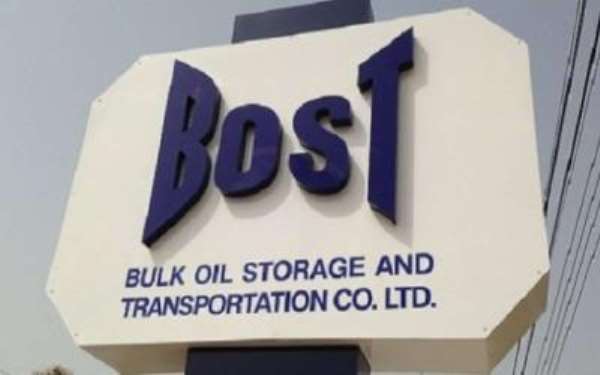 An Accra High Court has ordered Bulk Oil and Storage and Transportation (BOST) to pay a total of GHS 9,962,118.84 to Hask Oil Company Limited being the interest accrued on a bank facility they took, while their products were in the custody of BOST (the Defendant).

This is because of BOST's refusal to release plaintiff's petroleum products for sale to repay the credit facility.

The court further directed that interest at the rate of 30 per cent per annum being the default rate being charged by the facility bank on the above sum from 28th February, 2011 till date of final payment.

The court's judgement which was given by Justice Emmanuel Ankamah in Tema was made available to the Ghana News Agency in Accra.

The plaintiff said that in July 2013, it stored its imported petroleum products in the Defendant's storage tanks.

It said the products were financed with a credit facility from Fidelity Bank, whose terms included among others, a default interest rate of 30 percent per annum and an execution of a lien or right to set off over a fixed deposit investment with the cedi equivalent of $2 million belonging to one J.K Horgle, the majority stakeholder of the Plaintiff company.

This was in an event that the plaintiff defaults in the repayment of the facility.

It said they also drew the attention of the Defendant to the credit facility with Fidelity Bank.

The Court said in response to their letter dated 31st October same year, the Defendant wrote to the Plaintiff on November 24, 2014 in which it acknowledged receipt but stated that it was unable to confirm the amount it owed the Plaintiff until it has ended its audit.

The products were eventually released to the Plaintiff in May 2016 at the time the interest had risen to the above figure of which the plaintiff sued.