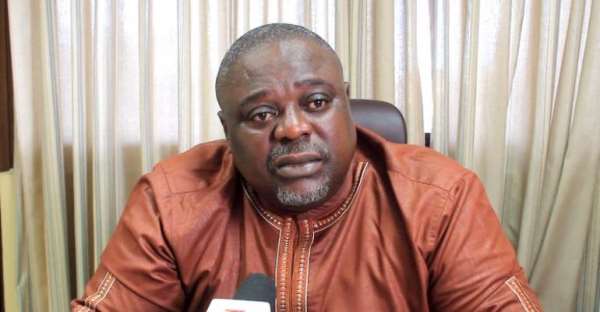 The former Deputy General Secretary of the opposition National Democratic Congress (NDC), Koku Anyidoho has been sacked from the party.

He has been kicked out for misconduct and anti-party behavior.

This comes after Mr Anyidoho was suspended on February 9, 2021 following a petition by some NDC members against his conduct.

The party took the decision to suspend him pending a final determination.

Finally, the party in a statement today signed by the General Secretary of the party Johnson Asiedu Nketia, noted that the Functional Executive Committee (FEC) of the National Democratic Congress (NDC) considered the report and recommendations of the National Disciplinary Committee on the case of misconduct and anti-party behavior brought Koku Anyidoho.

The party added that the Committee's report found Koku Anyidoho guilty of the said allegations of misconduct and anti-party behavior.

"The Functional Executive Committee (FEC) acting in compliance of article 48 (1) of the NDC Constitution unanimously adopted the report and accepts full responsibility for your expulsion from the Party.

"You are, therefore, by the decision of FEC expelled from the National Democratic and for that matter, you are no more recognized as a member the Party cannot carry yourself as such," the party indicated.