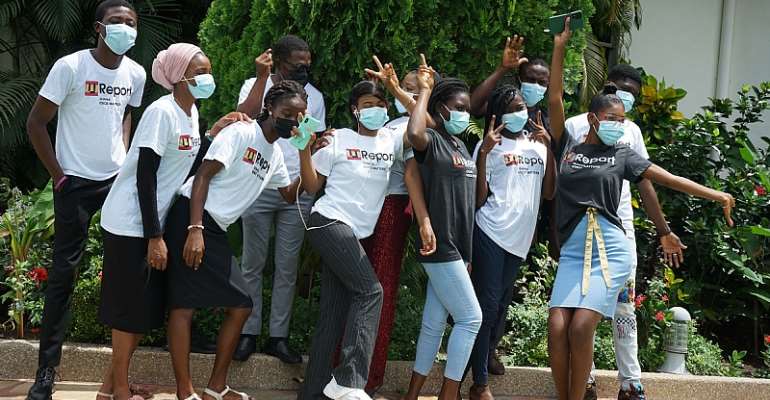 The Ghana Multiple Indicator Cluster Survey revealed that one in five young women were married in childhood, making Ghana home to over 2 million child brides. This not only relegates women and girls to economic hardships but also truncates girls' education and subjects them to Sexual and Gender-Based Violence.

Beyond this menace is a major setback in global efforts to achieving Sustainable Development Goal 5; to promote gender equality and empower women and girls.

Though attempts have been made to salvage these predicaments including the Child and Family Welfare Policy which is intended to effectively prevent and protect children from all forms of violence, abuse, neglect and exploitation.

Michael Tetteh Doku, a young advocate in Greater Accra lamented that, since the establishment of the policy, stakeholders including Chiefs, Religious Leaders and Families have downplayed the essence of the policy, thus making it ineffective in various communities.

He added that the second objective of the policy which seeks to strengthen research has not been effective since young people still face challenges in accessing up-to-date information on child and family welfare.

Priscilla Selorm Obuobisah, a young advocate in the Volta region also shared her ordeal. Among other things, was the fact that some men often demand sex before they can provide funding support for her advocacy campaigns girls sexual reproductive health issues.

In response to these challenges, UNICEF Ghana with support from the Grand Challenges Canada and in partnership with Savana Signatures embarked on “Promoting Adolescent SRH through Participatory Community Engagement (PASPCE).”

Through the project, 12 young advocates have been capacitated on Sexual Reproductive Health (SRH) using the UNICEF Youth Advocacy Guide. The training sets them out to empower adolescent girls to be able to address their needs, interests, and issues regarding sexual and reproductive health, and engage communities and institutions in a broader dialogue on sexual and reproductive health with a focus on adolescent girls.

The Northern region team will implement a project on “Pregnancy induce Child Marriages” in the Northern Region of Ghana, while the Greater Accra team embarks on an advocacy campaign to tackle “Child online Exploitation”.

The Volta Region team will tackle Water, Sanitation and Hygiene (WASH, as well as teenage pregnancy by introducing adolescents to the usage of sanitary pads, contraceptives, and equally engage parents and stakeholders on sexual and reproductive health issues.

As part of the project components, the advocates will be supported and guided on the implementation of their respective advocacy plans in communities within the three regions.

To ensure stakeholder and community participation, an inception meeting was held with the Ghana Health Service in the Upper East region to brief them about the project and request for their collaboration in the implementation. Savana Signatures will introduce young people and adolescents to the SHE+ Helpline and Agoo mobile platforms to increase their access to SRH information, counselling and referral to social justice institutions and health facilities. The Directors of Health were, therefore, requested to identify various facilities within their districts that can be used as a referral point at the SHE+ Helpline to increase young people’s access to services.

Abdul Rashid Imoro, the project manager, lamented the stereotypical nature of community members towards girls who go for contraceptives. Such girls he said are considered to be “bad girls”. He, therefore, called on the Ghana Health Service to facilitate the process of identifying members of various communities within their regions for a workshop that intends to influence attitudes of community members to fully support mechanisms that aim at addressing young people SRH needs including contraceptives.