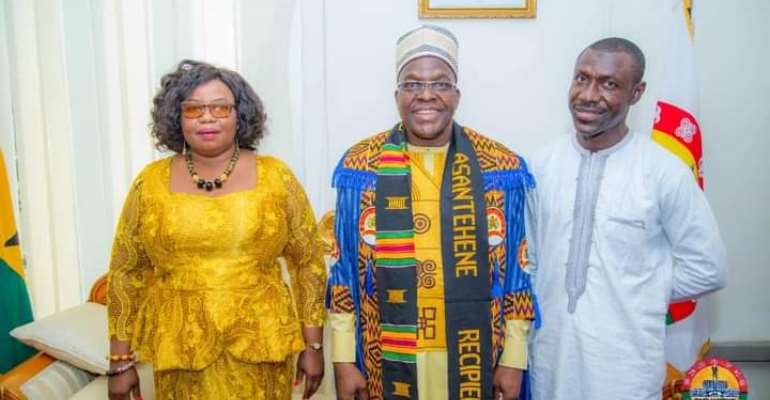 The speaker was awarded the Millennium Excellence Award by a foundation established by Nana Osei Tutu, the King of the Asanti Kingdom.

Hon Anthony Sumah, the current Nadowli Kaleo Constituency could not hide his joy over the success story of a man he succeeded as a Member of Parliament.

Having been an active member of the 1st parliament of the 4th Republic through to the 7th, there is no doubt that this award is a true reflection of your enormous contribution to the legislative arm of government over the years. Indeed, you are an institution when it comes to parliamentary practice in Ghana and Africa and this conferment did not come as a surprise to many.

We in Nadowli/Kaleo could not be any more proud of you. This only comes to justify our long-held trust in your competence as a masterful legislator. You have been and continue to be a trailblazer and an illustrious ambassador of Nadowli/Kaleo to the world. We share in this glory even as we celebrate you for yet another priceless accomplishment.

Many thanks to the board of the Millennium Excellence Foundation, chaired by HRM Otumfuor Osei Tutu for this meritorious recognition.

Once again, Congratulations Right Hon. Speaker, Nadowli/Kaleo will always be proud of you.