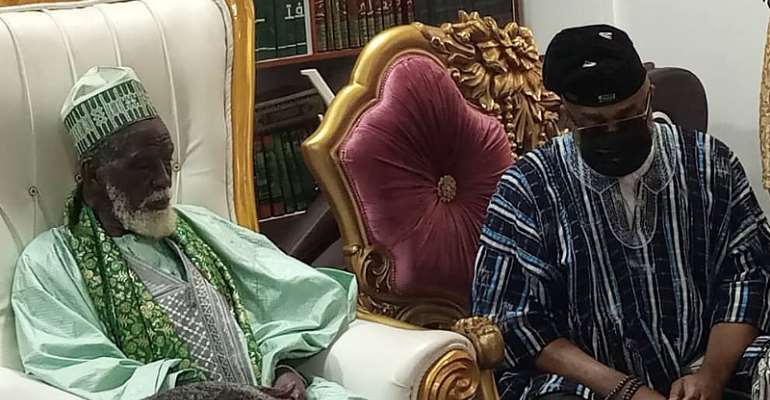 He was part of former President John Dramani Mahama entourage on a visit to Sheikh Sharubutu on Sunday, 25th of July,2021 to console him and the family, as well as pray for the departed Alhaji Abubakar.

Speaking during the visit, the Vice Chairman of the National Democratic Congress said Sheikh Sharubutu has contributed immensely to the development of the country and described him as a rare national asset.

Commenting on Facebook, H.E Alhaji Said Sinare commended how loyal, hardworking, and dedicated the departed soul was at the time of serving his father as his personal driver.

The National Chief Imam led prayers for the deceased and also expressed his gratitude to the former President, H.E John Dramani Mahama, The National vice-chairman of the NDC, Alhaji Said Sinare and the entire delegation for the visit.

The former President John Dramani Mahama was accompanied by some other National, Regional, and constituency Executives.

Takoradi 'azaaa' woman still in custody as she fails to meet...
4 minutes ago