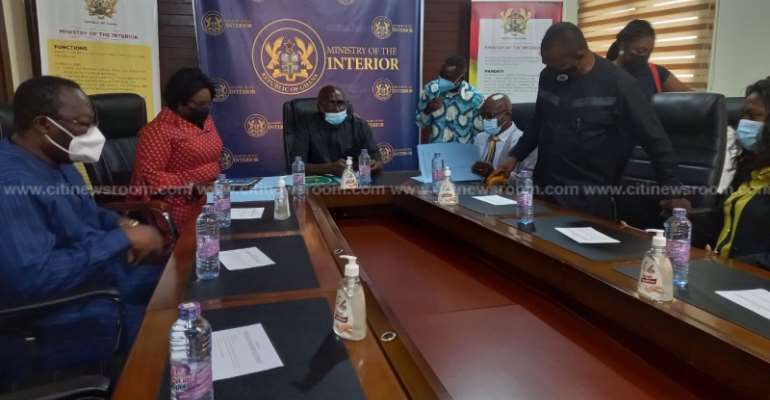 The committee that was tasked to probe the death of two persons after soldiers allegedly opened fire on protestors at Ejura in the Ashanti Region, has recommended the removal of the Municipal Chief Executive (MCE) of the Ejura-Sekyedumase Assembly.

The MCE, Mohammed Salisu Bamba, has already withdrawn his application for reappointment to the position after the July 29 incident, that led to the shooting of six persons, two of whom died from their injuries.

The families of the deceased and the injured are also to benefit from compensation per the Committee’s recommendations, according to a Citi News source who sighted the document.

The Committee also recommended the transfer of the District Police Commander for Ejura-Sekyedumase, DSP Philip Hammond.

The military officer who led the soldiers on the ground that day is also to face sanctions, the committee recommended.

For the future of policing in Ejura, the committee recommended an upgrading of police infrastructure at Ejura and the expansion of the police force in Ejura.

To help the community, the Committee also recommended the creation of community centres under the Zongo Development Fund.

The committee was made up of Justice George Kingsley Koomson as the Chairman; a security analyst, Dr. Vladimir Antwi-Danso, and the Executive Director of Penplusbytes, Juliet Adiema Amoah, presented its findings to the Interior Minister, Ambrose Dery on Tuesday, July 27, 2021.

The committee took testimonies from about 20 witnesses including journalists, police, and military officers as well as political appointees in the jurisdiction of the incident, and some family members of some victims.

The committee completed its work on July 9, 2021, after holding public hearings for two weeks.

The Committee took testimonies from 22 witnesses including journalists, police and military officers as well as political appointees in the jurisdiction of the incident and family members of some victims.