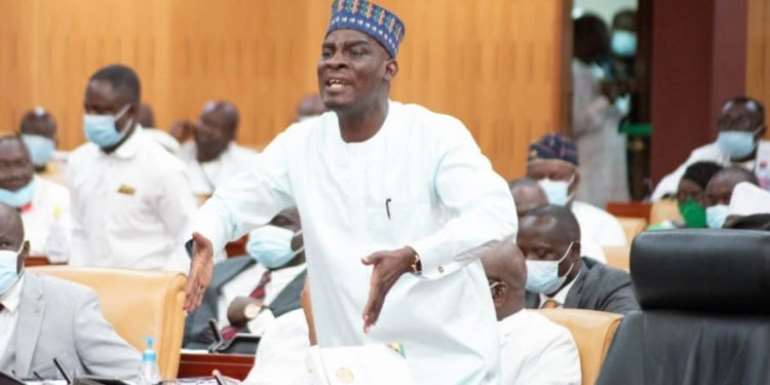 He said it is not a matter for the National Security Minister to answer.

The Finance Minister, Mr. Ken Ofori-Atta, after a long delay in responding to Okudzeto Ablakawa’s question in Parliament, said the President's domestic and international travels are issues of the National Security Ministry and not the Ministry of Finance.

He also indicated that he did not make any specific releases to the Chief of Staff for the President's trips to France, Belgium, and South Africa.

“Mr. Speaker, the President's domestic and international travels are matters of National Security. The National Security Minister is best placed to furnish this Honourable House with the details needed.”

“In line with the 2021 judgment implementation instructions, the Ministry of Finance did not release any funds to the Chief of Staff, especially for His Excellency, the President's trip to France, Belgium, and South Africa,” the Finance Minister.

But speaking at a forum organised by the Ministry of Parliamentary Affairs, the Minority Leader said the evasive posture of the government on the issue is an affront to the Right To Information Act.

He thus cautioned that Parliament will not tolerate such practices.

According to him, the Finance Minister’s excuse was merely a ploy to avoid the question.

“The Minister of Finance is struggling to come and provide an answer to a question of Parliament on how much the President has spent on presidential travels, but this should not be difficult in a democracy. But understandably, I can see him struggling and hiding behind National Security and laws. To say a Minister of Finance does not know how much the President spent on travels is very wrong.”

However, the Majority Leader, Osei Kyei Mensah-Bonsu disagreed with the observations of the Minority Leader.

According to him, the question was directed to the wrong person.

“I think that when the National Security Minister gets to Parliament, he will relate with it. It is not as if the Finance Minister is running away from it. He only said he does not have responsibility for it and our rules provide that we ask ministers who have official responsibility on a matter, and it is not as if is the Finance Ministry is what makes money available for payment of contractors.”

“So if you want to ask why contractors on road projects haven’t been paid, you go to the Roads Ministry and not the Finance Ministry. That is not how Parliament operates.”