Nigeria: If Only AGF Malami Would Learn To Talk Sparingly 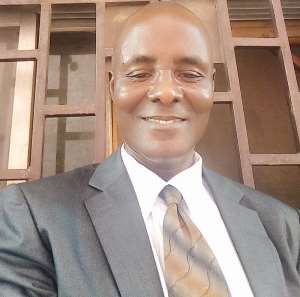 The best value sincere friends and associates of the Attorney General of the Federation (AGF), Mr. Abubakar Malami, can inject in his career now would be to ensure that he schools himself to always speak sparingly and recognise the need to regularly deploy more time and effort to benefit from informed legal inputs before responding to very serious issues. The office he occupies is such an important and strategic one whose submissions on legal controversies Nigerians can confidently rely upon. It is always very disheartening whenever his interventions on very weighty national affairs are easily faulted by Nigerians, including even street traders and roadside mechanics.

When the 17 Southern governors met in Asaba on May 11, 2021, and announced a ban on open grazing behind which gun-wielding Fulani herdsmen had for several years now hidden to commit various atrocities like brutal rapes of women and daughters, wanton destructions of crops, maiming or killing of farmers and the invasion and razing of communities, AGF Malami had rushed out to describe the governors’ resolution as “unconstitutional” and “dangerous.”

On Channels TV, Malami pronounced: “It is about constitutionality within the context of the freedoms expressed in our constitution…For example, it is as good as saying, perhaps, maybe, the northern governors coming together to say they prohibit spare parts trading in the north.”

The magisterial carriage with which this obviously very pedestrian and preposterous intervention was delivered must have deepened the astonishment of many Nigerians. How can a “learned gentleman” (least of all the AGF) compare violent herdsmen who appear to derive hideous animation from wantonly destroying farmlands and visiting their owners with diverse destructions and violations to motor spare parts traders who peacefully hire shops from their owners, pay taxes to government and undertake their business in ways that do not inflict any harm on anyone?

It was such a horrendous faux pas from which Nigerians of diverse social and educational rankings quickly formulated a cocktail of jokes and hashtags to entertain and relieve themselves of the tension and stress lavishly donated to them by the severe hardship and crippling insecurity choking the country.

Ondo State Governor, Mr. Rotimi Akeredolu, himself a Senior Advocate of Nigeria (SAN), could not hide his embarrassment:

“It is most unfortunate that the AGF is unable to distill issues as expected of a Senior Advocate. Nothing can be more disconcerting. This outburst should, ordinarily, not elicit response from reasonable people who know the distinction between a legitimate business that is not in any way injurious and a certain predilection for anarchy,” Akeredolu lamented in a statement he personally signed.

If Malami had reaped any useful lessons from Akeredolu’s rebuke, he has proved quite incapable of ensuring their proper utilisation. His shoddy handling of the “interception” and “re-arrest” of Mr. Nnamdi Kanu, the leader of the Indigenous Peoples of Biafra (IPOB) has further compounded the country’s image crisis and diminishment. At the press conference he addressed about forty-eight hours after Kanu was bundled back to the country, the AGF was unable to see the need to explain to Nigerians the legal and diplomatic processes followed by the government to bring back the IPOB leader. Nigerians were then left to feast on the speculations and rumours the pathetic absence of proper explanation had engendered.

Matters were made worse with the swift denial of the Kenyan Government of any form of involvement in Kanu’s “re-arrest.”

At a press conference in Abuja, the Kenya High Commissioner to Nigeria, Dr. Wilfred Machage, fumed: “I want to address this allegation by denying that Kenya was involved in the alleged arrest in Kenya and extradition to Nigeria of Mr. Kanu. To us therefore, these allegations are fictional, imaginary and deliberately concocted to fuel antagonistic feelings among certain section of the Nigerian people. We are also disturbed, dismayed and astonished by the unfortunate statement on the alleged arrest in Kenya which was carried in the dailies. The government of Kenya is particularly appalled by the spurious, derogatory and libelous mention of the name of our dear President on this matter.”

Sadly, AGF Malami did not appear to have appreciated the damage Kenya’s rebuttal had wreaked on the image of his office and that of Nigeria. Following this was the revelation by Kanu’s lawyer, Ifeanyi Ejiofor, that Kanu had confirmed to his legal team that he “was tortured, maltreated and mercilessly beaten” in Kenya.

Ejiofor said on Arise TV: “After spending eight days in their illegal custody,” the Kenyans “now beckoned to the Nigerian government. Kanu was lifeless and unconscious by the time they were bringing him to Nigeria.”

Now despite this astounding claim by the Kanu camp and denial of any involvement by the Kenyan Government, it is demoralising that till now, only Malami and, perhaps, the few people that collaborated in this odious and internationally embarrassing enterprise can give a coherent narration of the exact legal and diplomatic process (if any) followed by Nigeria to bring Kanu back, since, the AGF has not told us that the IPOB leader was arrested in Nigeria.

If indeed Kanu was arrested in Kenya and the Kenyan Government is furiously denying any form of collaboration with Nigeria in the so called “extradition,” does it mean then that Nigerian security officials had sneaked into Kenya and collaborated with some criminal elements in the country to kidnap Kanu and bundle him back to Nigeria? What exactly happened? Why is it taking the AGF’s office too long to recognise the importance of being very transparent about this matter?

This would readily remind Nigerians of the case of late Umar Dikko during the military dictatorship of this same General Muhammadu Buhari in 1984 who was allegedly kidnapped in the United Kingdom and crated as a “diplomatic baggage.” The attempt to bring Dikko to Nigeria in a crate was, however, foiled by the British security agencies. Although Nigeria and their alleged Israeli collaborators never admitted to any involvement, the incident badly affected diplomatic relations between Nigeria and Britain at that time and the people who transported Dikko to the airport were jailed in the UK.

No doubt, this matter is now beyond Nnamdi Kanu. No matter the nature of the offense any Nigerian had committed and the need to bring him to justice, should that justify the deployment of crude, illegal methods and the breaching of international laws to do that? Such actions can only further diminish and de-market the country before the civilised world and attract unsavoury consequences.

Now, is this the kind of accomplishment an attorney-general and Senior Advocate ought to be seen unabashedly celebrating? By the time Kanu’s lawyers fulfill their promise to drag Nigeria and Kenya to the International Criminal Court (ICC) over the matter, what picture will Nigeria assume before the rest of the world? Already the British press is feasting on the story and painting very ugly pictures about Nigeria due to this incident.

So disgusted with the whole process, and in absence of any coherent explanation by the AGF, a Nigerian serving as the Minister of Justice and Solicitor-General of Alberta, Canada, Mr. Kelechi Madu, had to declare that if indeed it was true that Kanu was “abducted in Kenya with the active collaboration of the Kenyan government led by President Uhuru Kenyatta,” then “Nigeria and Kenya violated international law and the rule of law that is supreme in their respective countries.” He went on to underline his doubts about the qualification of Malami for the post of AGF.

Responding to Mr. Madu’s assertions, Malami pronounced: “It is important to educate the likes of Kelechi Madu that both Nigeria (his country of birth) and Canada (where he claims to be practising law) are signatories to the Multinational Treaty Agreement where, among others, fugitive fleeing justice in nations with the similar agreement could be brought back to face justice.”

Now, I do not wish to bother myself with the insults that crept into the exchange, but the AGF must be willing to admit that he has not helped Nigeria’s image by failing to explain a very significant point, namely, whether the “Multinational Treaty Agreement” he cited authorises a country to sneak into any other country and abduct an alleged “fugitive fleeing justice”?

Are there no legal and diplomatic processes that are usually followed for the extradition of accused people and why should the Nigerian people not be fully briefed on that? Is Malami not embarrassed that Kenya has quickly distanced herself from the obvious legal and diplomatic mess she and Nigeria had, probably, created? Or was Kanu arrested in nameless country?

One would have expected that before raining abuses on Madu, Malami should have first clearly explained the processes Nigeria had deployed to undertake the extradition so that Madu would see how wrong he was in attacking Malami? How does telling us that Madu is only an attorney-general of a province in Canada help our quest for correct and detailed information? And how exactly did the extract exuberantly quoted by the AGF from the Canadian laws explain this “interception” and “extradition” mess his office appears to have plunged Nigeria into?

Well, Malami should hasten to benefit himself with the information that Alberta, a province of about 680,000 square kilometers of land has about 387 billion dollars GDP. Reports say that “Alberta's per capita of $78,155 is the highest of any state or province in North America” How does this make Malami’s debt-ridden country, with per capita of US$2, 083 (for 2020) and choking with excruciating hardship and boundless insecurity better than the Canadian province he is trying to despise? Should any person who values his self-respect even be proud to introduce himself as part of the current regime in Nigeria under which life has been unspeakably devalued?

*Ugochukwu Ejinkeonye, a Nigerian journalist and writer, is the author of the book, Nigeria: Why Looting May Not Stop (Available on Amazon). ([email protected])