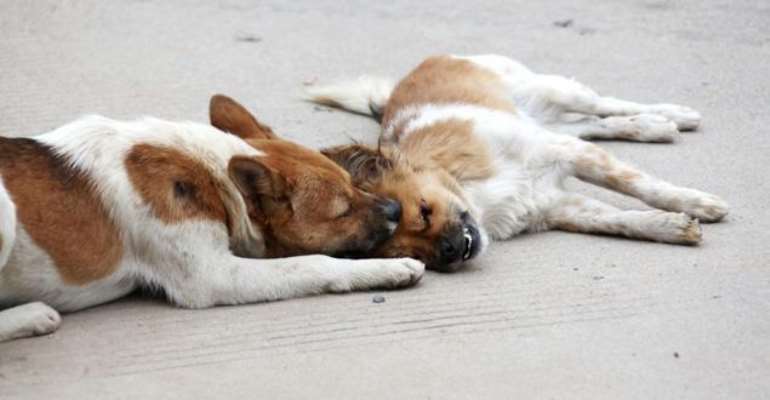 Over 50 dogs have been killed by some youth of Awutu Bereku in the Awutu Senya West District of the Central Region.

This follows a directive from the fetish priest of Awutu Bereku, Sakumor Otchor who claims the gods are not happy.

The fetish priest ordered the youth of the town to kill any dog they chance upon because it is taboo to keep dogs in Awutu Bereku land.

Several dogs in various households, particularly in Akrampa Estate, were killed after the directive.

Speaking to Citi News, the leader of the youth group who also speaks for the fetish priest, Nai Rahman Duodu, indicated that the directive was given by the gods of the land because they frown on the rearing of dogs.

“The gods of Awutu Bereku frown on the rearing of dogs and the cultivation of groundnuts on Bereku land. This triggered the wrath of the gods of the land. We only followed the directive of the gods, and this is something we have been doing for years. We earlier on gave an official announcement for persons who have dogs to keep them at home and those who did not listen had to suffer the consequence,” Nai Rahman Duodo told Citi News.

The Spokesperson of the fetish priest further defended the action, saying “we are all supposed to follow customs and traditions”.

Nai Duodo added that they will discuss with members of the community on the way forward.

Some residents who lost their dogs called on authorities to step in since the dogs had not committed any crime.

Some of them threatened to take the law into their own hands if members of the youth group attempt to kill their dogs again.