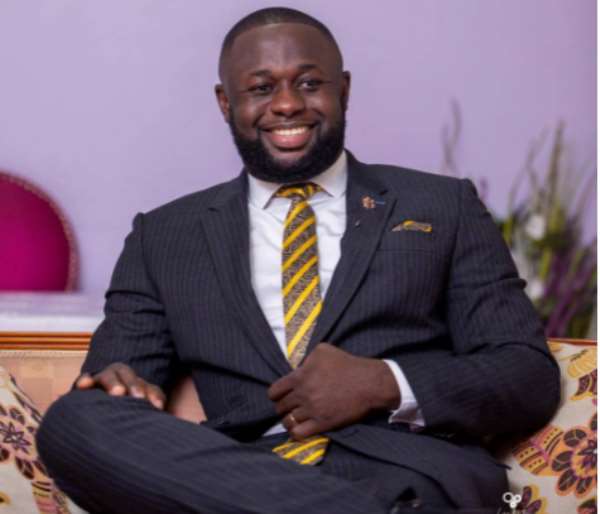 Mr. Kwesi Afriyie, a journalist with Metro TV has applauded the National Youth Organizer of the governing New Patriotic Party(NPP), Lawyer Henry Nana Boakye on his decision to mobilize resources to build a new children’s ward at the Tafo government hospital.

Henry Nana Boakye, on his 40th birthday announced his decision to build a new children’s ward and has since received a lot of commendation from Ghanaians.

In a birthday message to celebrate the NPP Youth Organizer, Mr. Afriyie described the decision as “ novel, Godly and an act of service to humanity, a strive to protect and preserve lives and a pursuit of the course of human development”.

Below is the full message celebrating Lawyer Nana Boakye:

So Facebook, Instagram, Twitter, LinkedIn and especially WhatsApp has been flooded with messages of ‘he is a father for all’, ‘he’s a giver, a man with a good heart, an achiever, result --oriented, grassroots man, father of the youth, some say he helped pay my school fees, another said he supported when my mother was in the hospital, he came all the way from Accra to my father’s funeral in Savelugu and many other accolades eulogizing one man for a simple celebration of his birthday today.

I typically would get up in the morning, do my usual activities and get onto the road, but the persistent and consistent beep and notifications this morning would continuously draw my attention to my phone, surfing all social media platforms and all I would be met with is a birthday message in one form or the other to the young man who has turned (forty years) today.

The many young people this young man has nurtured at least over the last four years is extremely manifest in the numerous messages pouring across several media to praise him and also wish him well.

It was almost becoming a nuisance this morning when I decided to cast my mind back to the person being celebrated today: Henry Nana Boakye, the National Youth Organizer of the New Patriotic Party (NPP). I began thinking about why he will receive all this ‘pampering’ from people from all walks of life including his party folk and that of his arch political rivals, the opposition National Democratic Congress (NDC). The simple reasoning eventually was ‘this is a man whose persona and character transcends political boundaries and overlooks partisanship to rather concentrate on the very nature of humanity devoid of ethnicity, tribalism, religion etc.

Well, as a young lawyer, leader, political activist, youth advocate and head of the national youth wing of the NPP, Henry Nana Boakye Esq (Nana B), hasn’t done bad for himself, chalking a number of successes, most importantly leading the youth of the party to win the 2020 elections. In a recent publication from him and his deputies, we saw a list of over 30 giant strides made in consolidating the electoral fortunes of the NPP and building of a vibrant and results-driven youth wing, dominated by motivated and trained young men and women, captured under eight thematic areas; namely, Logistics and Resource Mobilization; Repositioning and Development of TESCON; Student Committee; Capacity Building and Job Facilitation; Strategic Youth Mobilization and Engagement; Communication/Information Dissemination; Welfare; and Leadership Roles and Responsibilities.

I still ponder over whether this is news or not, because inheriting a giant like the people’s Sammi Awuku obviously created unimaginable large shoes for him to fill but I think so far so good. He’s done well.

But in all the things that I read this morning, one thing very much struck me, a reason for which I have to put up a little write hup to celebrate him. I have seen pictures going round which captures Lawyer Henry Nana Boakye himself and his friends intending to mobilise resources to put a Children’s Ward at the Tafo Government Hospital.

For me this action is novel, Godly and an act of service to humanity, a strive to protect and preserve lives and a pursuit of the course of human development. You will see many successful businessmen, pastors, politicians etc throw very lavish parties, launch a book or travel abroad to celebrate themselves for a remarkable year like this. I don’t think those activities are bad.lnfact I will do same when I make enough money, but it is remarkable to commend and praise an act of sacrifice of this nature for if Nana B as he is affectionately called had done something bad, he obviously would have been in the news.

I ,therefore, will use my pen, paper and my little social media page for something good like this coming from a young and successful politician. I am just thinking aloud, what if all politicians (successful ones) decided to offer a gesture of this sort, obviously, Ghana would have been a better place – the system would be working – anka 3b3y3 glass nkoaaaa.

Anyway, with this little commendation I say to you Ayekooo......Nana B. Do not relent, as you go on this tangent, for all of us would be preparing our widow’s mite to support in putting this structure up to make Ghana a better place.