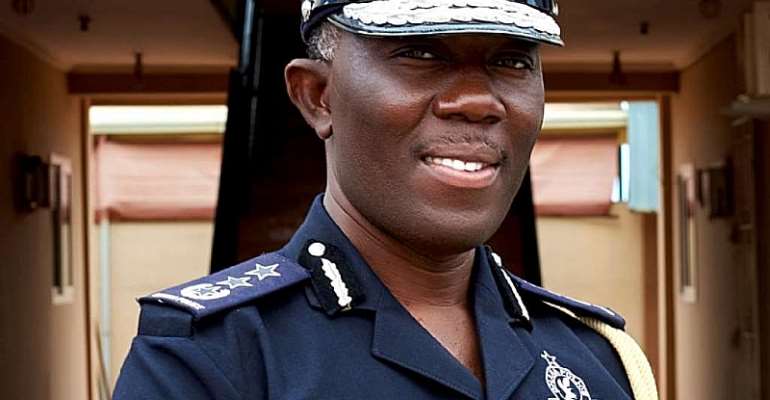 Prosecution Witness in the case in which two persons are standing trial for the murder of the Abuakwa North Member of Parliament, J. B. Danqauh Adu, has confirmed the assistance of newly appointed Inspector General of Police (IGP), George Akuffo Dampare, in the arrest of the prime suspect, Daniel Asiedu.

Kenneth Koranchie told an Accra High Court COP Dampare also hosted him and his brother in his house for three days when there was suspicion they could be attacked after assisting the police to arrest the accused.

During cross examination, Mr Koranchie insisted the reason he and his brother had to spend three days in the house of COP Dampare was that neighbours had seen them and some investigators searching for Daniel Asiedu after it was discovered that he was connected with the murder of the MP.

He said though Daniel Asiedu did not know from the beginning he was being chased, he suspected it because his wife kept asking why he, the witness, went searching for the accused with men who were not in uniform.

J. B. Danquah-Adu was murdered at his residence at Shiashie in Accra in the early hours of February 9, 2016.

It is the case of the prosecution that Daniel Asiedu and Vincent Bosso planned to go on a robbery spree, but Bosso changed his mind and went home.

The prosecution said Asiedu went to Shiashie and picketed at the MP’s house to rob.

According to the prosecution, in the course of searching for the items to steal, Asiedu made some noise which woke the MP up.

The prosecution said a struggle ensued between the two, leading to Asiedu stabbing the MP in the neck and chest, killing him in the process.

Hottest Photo Reports
Catch up with all the political quotes from our politicians.
Advertise here
More Headlines
ModernGhana Links
Bosomtwe: 12-year-old boy allegedly escapes from kidnappers at Feyiase
“Using vaccines as a tool for immigration control is retrogressive” – Akufo-Addo
“Admit AU in G20 Group of Nations” – Akufo-Addo
“Ghana Will Defend Democracy And Constitutional Rule” – Akufo-Addo
Kufuor didn’t sideline Aliu Mahama on ethnic grounds – Kwadwo Mpiani
You must be encouraged and supported for not being a spectator — Bagbin commends #FixTheCountry Movement
2021 PHC: Greater Accra beats Ashanti Region to become the most populous region in Ghana
Your insatiable taste to travel in another luxurious jet to US is utter disrespect to Ghanaians – Group blasts Akufo-Addo
Family and friends gov’t accusation against Akufo-Addo may be true – Kwadwo Mpiani
TOP STORIES

Ablakwa making noise about Akufo-Addo’s flights for politica...
28 minutes ago