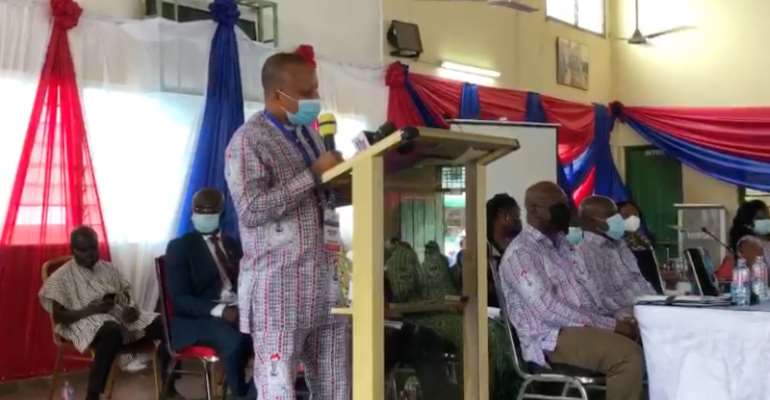 Some three teacher unions have expressed dissatisfaction with the announced base pay increment for public sector workers for 2021 and 2022.

Speaking at the gathering of teachers at the 6th Quadrennial and 53rd Greater Regional Delegates Conference of GNAT, its Greater Accra Regional Chairman, Ransford Lolih said there was “so much apprehension and agitation” amongst members of the unions.

“The anger boiling in our members must be taken seriously if we want a congenial atmosphere for teaching and learning in our schools,” Mr. Lolih said.

“I will call on leadership to take a second look at the level of increment announced for public sector workers for the next two years.”

NAGRAT’s Greater Accra Regional Chairman, Rene Senyo Kwamikokor, also highlighted the concerns of GNAT, noting it added to other concerns with the conditions of service of teachers.

“Our problems are many, and we urge the rep of government here to listen to them, especially of GNAT so that there will be a relief for teachers,” he said.

Aware of the concerns by unions, the Secretary-General of the Trades Union Congress, Dr. Yaw Baah, urged workers to be calm.

“The outcome was not what we had expected, but it could have been worse, given the economic challenges and the stance of government toward pay rise, particularly in 2021,” Dr. Baah noted.

The TUC, which negotiated with the government as part of organised labour, was able to ensure that, within the next two years, the government shall not declare any public sector worker redundant.

They also agreed that the government shall not freeze employment in the public service, all workers must be vaccinated against Covid-19 during the next two years and that government will pay social security contributions regularly.