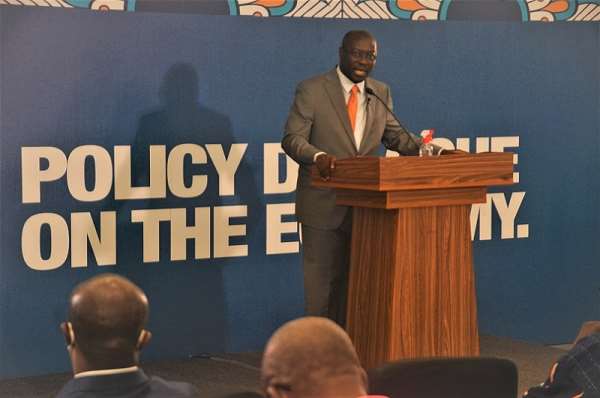 Ranking Member on the Finance Committee of Parliament, Dr. Cassiel Ato Forson says it is now beyond debate that Ghana’s economy under President Akufo-Addo and his Vice Dr. Mahamudu Bawumia has been poorly managed.

The Minority spokesperson on Finance made this assertion while delivering a lecture at the party’s ‘policy dialogue on the economy’ on Monday, July 26, 2021.

“It is now beyond debate, based on the data presented, that the Akufo-Addo/Bawumia government has completely mismanaged the Ghanaian economy and lost control of key economic indices,” Dr. Cassiel Ato Forson said.

He continued, “Political considerations are preventing the Akufo-Addo/Bawumia government from taking vital remedial measures to avert total collapse of the Ghanaian economy in just over a year.”

According to Dr. Forson who is a Member of Parliament for the Ajumako Enyan Constituency, it is high time the citizenry sought answers on actions of government to prevent what he says is an imminent disaster.

“The people of Ghana need to ask questions and elicit candid disclosures and actions from the Akufo-Addo/Bawumia government to prevent imminent disaster,” Ato Forson said while stressing, “We urge the government to demonstrate seriousness in resolving these major problems by announcing convincing measures in the mid-year budget review.”

Currently, Ghana's total public debt stock has increased according to new data released by the Bank of Ghana.

The debt stock which ended the first quarter of 2021 at GH¢ 304.6 billion, increased by almost GH¢ 30 billion in April and May.

The new debt figure brings Ghana's debt to Gross Domestic Product (GDP) ratio to 76.6% as of the end of May.

This is the highest recorded so far in the past year, slightly higher than the debt to GDP ratio of 76.1% recorded at the end of 2020 according to data from the central bank.