More Nigerian banks are using chatbots to serve customers, but with mixed results

By Emmanuel Mogaji - The Conversation 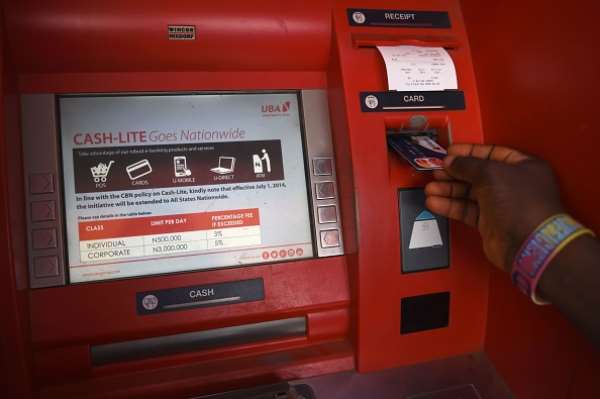 Chatbots are becoming an integral part of service provision around the world. Chatbots are computer programs designed to simulate a conversation - both voice and text - with human users, especially over the internet. They are described as a never-sleeping, cost-efficient and powerful way to provide basic support to consumers . Chatbots can respond faster to customers and even personalise consumer experiences as they are programmed to understand the patterns of interactions.

Financial services are one area where chatbots are seen as having growing prospects. They can process most basic banking tasks such as inquiries about balances, account details and loans. Nigerian banks have started to use chatbots despite the inherent challenges of low adoption of digital technology, poor internet access , limited number of smartphones users and even security concerns.

In our research , we sought to understand the present state of chatbots in the industry, examine how Nigerian banks are using this tool and offer some recommendations.

Nigeria has 22 commercial banks. We went through their websites, contacted them via social media and asked them about their chatbots. Only 13 of the banks had a chatbot. Some of the big ones, like Zenith Bank, did not have one. Older banks like Wema Bank claimed that their chatbot on WhatsApp was unavailable at the time. Globus Bank, one of the newer banks, which markets itself as a digital bank, did not have a chatbot – it claimed it was a work-in-progress.

We accessed all the chatbots from the 13 banks to understand how they encourage financial inclusion and customer engagement. Our analysis included their availability and performance on mobile devices and computers, and the platform they operate on (Facebook, Telegram or WhatsApp). We checked to see if the chatbot had been customised and given an identity or name. For instance, UBA's chatbot is called Leo. We also noted the gender of the chatbot. Most are identified as either male or female because of their name and visual representation (for example Ivy from Fidelity Bank was presented as a female and cartoon character). To evaluate security concerns, we explored the verification status – the confirmation by WhatsApp and Facebook that the account is the authentic representation of the brand using a blue tick.

We then tested the chatbots to understand how they worked. We checked how quickly they answered queries, the presence of terms and conditions, the languages they used and which functions they could handle. For example, when we asked for an ATM location, the chatbot was expected to ask for our address and then offer the closest ATM. Only Fidelity Bank's Ivy was able to do that.

Some banks had more than one chatbot on different platforms, so we found and analysed 16 chatbots in total. Access Bank, Fidelity and Keystone had two each. Access Bank had its chatbots on its website and WhatsApp. Fidelity used Facebook Messenger and WhatsApp, while Keystone used Facebook Messenger and Telegram. Excluding Access Bank's website, the remaining 15 chatbots were on mobile messaging applications. Eight were on WhatsApp, five were on Facebook and two were on Telegram.

Eleven of the chatbots were customised and had a unique identity. Seven were assigned a gender – all but one of these were presented as female. Only a third of the chatbots were verified on WhatsApp. There was no verification sign on Facebook Messenger and Telegram. This reduced the trustworthiness of the chatbots and could place doubts on the authenticity of chatbots representing the banks.

Only four of the chatbots required users to accept terms and conditions (T&C) before they could proceed. Providing T&C constitute an agreement established by and between the banks and the customer by virtue of the choice to engage with the chatbot. It protects the banks on the condition of what they have promised to deliver through the chatbot and reassures the customers about what to expect from their interaction and how their data will be treated.

None used any of Nigeria's local languages. Eleven used only English in the conversation. Two offered English and other foreign languages (like French and Spanish).

We sent messages (starting with 'hello' or 'hi') to the chatbots to test their responsiveness. Half of the 16 responded instantly, five had a delayed response and three did not respond at all. This poor response could hamper customers' acceptance of chatbots.

For chatbots with a delayed response, we observed that they were being managed by people and might not be considered as a proper chatbot but rather a WhatsApp number for messaging. Also, we received an automated message that blamed the delay on the COVID-19 pandemic. It might be the chatbot had not been programmed to respond to enquires during this period.

Chatbots are a growing trend in the digital transformation of financial services. Banks should explore the option of integrating them into their operations. Brands should focus on one mobile application as they can streamline their resources and avoid confusing their customers. As more people are conversant with WhatsApp and use it for texting and chatting, it should be the platform of choice.

Banks should seek verification of their chatbot on social media platforms to reassure consumers of their safety. They must also include terms and conditions on the chatbots. Banks must innovate to improve the responsiveness of their chatbot because consumers want an instant reply.

As identities have been created for chatbots, there are possibilities for branded features and engaging content around these characters. UBA's Leo was an excellent example – it's been given a life of its own and has been used across social media platforms to share different messages . It is also essential for banks to raise awareness about this digital transformation tool.

In the long term, Nigerian banks will need local graduates with the skills required for digital transformation. Universities should be offering courses like artificial intelligence, machine learning and interface design.

Emmanuel Mogaji does not work for, consult, own shares in or receive funding from any company or organization that would benefit from this article, and has disclosed no relevant affiliations beyond their academic appointment.

By Emmanuel Mogaji, Senior Lecturer in Advertising and Marketing Communications, University of Greenwich