A/R: Bisa Chief of New Jersey donates to over 150 widows at Awrokrom during Eid 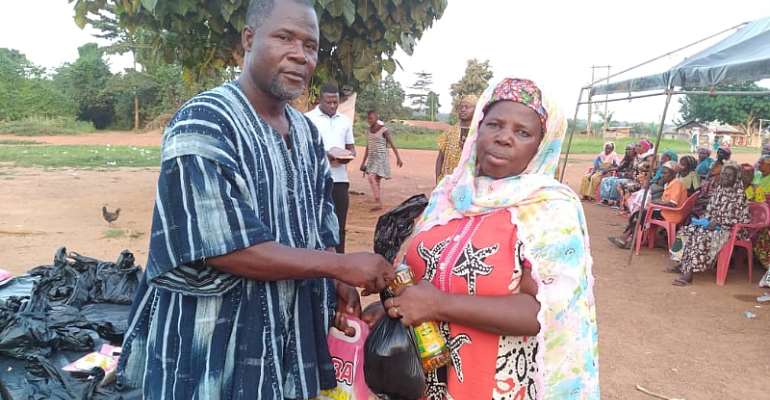 Some of the items donated on Wednesday, July 21, 2021 include bags of rice, frytol oil and wrapped beef.

Presenting the items on behalf of Alhaji Adams, Mr Mohammed Banson, a brother to the Chief stated that the donation was aimed at putting smiles on the faces of the widows on the special occasion.

Mr Banson noted that these friends have been assisting Alhaji Adams on his annual charity to the needy.

Mr Banson said his brother sees charity and supporting the needy as a social responsibility of all.

On his brother's part, he noted the commitment is to donate to support his town folks at every opportunity.

Some of the windows who spoke to the media expressed their profound gratitude to Alhaji Ibrahim Adams and his foreign partners for their usual support.

They however pleaded with the Bisa Chief and his friends to offer some of the active widows financial assistance to start petty trading.

This, they noted could help them to cater for their families as single mothers.

Asana Mohammed, a young widow said some of her folks are active and ready to work when given some financial support.