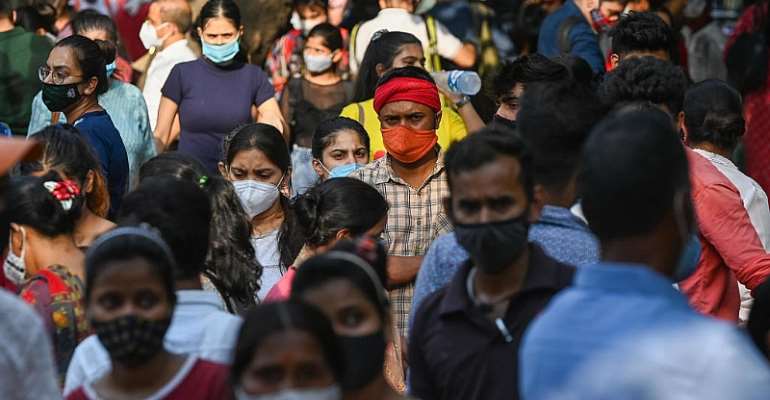 Malls, cinemas, spas and restaurants reopened in India's capital today as the city of 20 million posted zero coronavirus deaths for a second time in a week. Delhi was at the eye of a horrific Covid surge that swamped hospitals and saw crematoriums working overtime this summer.

Authorities revised public rules as the capital posted 66 infections and two Covid deaths on Sunday in contrast to 28,395 coronavirus cases and 277 fatalities it reported in a single-day peak on 20 April.

Delhi was put under a lockdown between 19 April and 30 May when hospitals ran short of beds or oxygen and bodies piled up at crematoriums and burial grounds in the harrowing days of the surge.

What's open, what's not
On Monday, theatres and multiplexes resumed business with 50 percent of their capacity.

The city authorities doubled the number of mourners at funerals and allowed larger gathering of guests at wedding parties in the latest edition of what is described as “Unlock 8” by the media.

Restaurants and pubs opened for business for 14 hours a day but were under orders to operate at 50 percent of capacity, officials said as the new rules brought cheer among Delhi's bored residents.

Delhi's metro service began operating at full capacity but a utility spokesman said there would be no room for standing in the hugely-popular trains, that daily transported over one million commuters before the pandemic derailed life.

“It is not going to be easy because commuters argue when they are turned away,” a train marshal told RFI and added scores of travelers were fined for breaching health rules after limited services were allowed from 7 June.

Extended school holidays
Delhi Chief Minister Arvind Kejriwal however said the city's thousands of shuttered schools will have to wait.

“We will see for some days the experiences of other states where schools are opening and then decide. Parents are still worried about their child's safety," Kejriwal told reporters.

The schools were closed during the debilitating summer surge after some classes were allowed in February.

"The ideal situation would be to open schools after the vaccination,” Kejriwal said but added stocks were running out in the city where 500 inoculation centers recently closed down because of reported vaccine scarcities.

On Saturday, his administration said it had just enough stocks to last a day.

“The central government will have to think on ways to increase vaccine supply to us,” Kejriwal added.

His government has given out 9.6 million doses to residents of the city which has so far reported 1.43 million coronavirus infections and around 25,000 deaths, a sizeable number of them occurring during the savage wave.

The national government says it has handed out around 453 million vaccine doses to state governments and federal territories.

Kejriwal had been also pushing to ease the virus restrictions, saying lockdowns were disruptive to economic activity and destroyed livelihoods.

Authorities in Mumbai and Kolkata said fully-vaccinated travelers could enter the two cities without Covid negative reports that were required earlier.

But the tourism state of Goa extended a curfew until 2 August after its overall Covid tally on Sunday reached 1,70,491 with 3,132 deaths.

MMDCE appointments shouldn't be seen as job for the boys' - ...
3 minutes ago

MPs don't construct roads; 'masa' my party is not in governm...
48 minutes ago