Amaliba Is Clearly Confused on the Subject of the Special Prosecutor 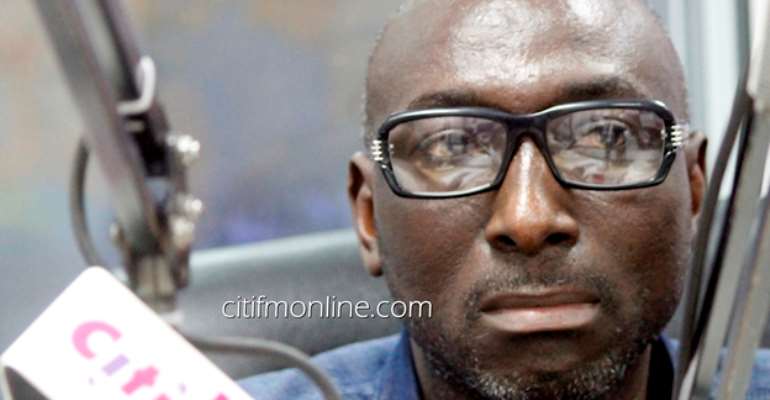 He is often described as a prominent member of the National Democratic Congress’ Legal Team. But his constantly erratic and perennial rants, largely about his woeful inability to win a parliamentary seat on the ticket of the party that he claims to have served so indefatigably and for so long, makes the Upper-East native sound like the President of the inmates of the Accra Mental Hospital, located athwart the roundabout near the Accra Museum, if memory serves yours truly accurately. Mr. Abraham Amaliba is a desperate megalomaniacal faux-socialist politician who has been fighting to secure a parliamentary seat with absolutely no success or luck. So, he has, apparently, permanently resigned himself to madly and frenziedly fighting for the highly unlikely successful return of Kwame Gonja to the Jubilee-Flagstaff House so that he could, once again, be named to a comfortable sinecure on the governing board of one of the dozens of state-owned taxpayer-money-leaking companies or corporations.

The last time around, the then-President John “European Airbus Payola” Dramani Mahama had this SADA-aspirant guzzling gasoline on the Board-of-Directors of the Ghana National Petroleum Corporation (GNPC). That is just how desperate this popinjay and panjandrum who may very well have had his Bar Exams written for him appears to be. You see, as I vividly recall, when President Addo Dankwa Akufo-Addo initially and officially named the hitherto effectively and completely ostracized and irreparably proscribed Mr. Martin ABK Amidu to the newly created post of Independent Special Prosecutor (ISP), among the very first uncomplimentary statements that Mr. Amaliba made about his own homeboy was that the fired Attorney-General and Minister of Justice in the mysteriously unconcluded government of the late President John Evans Atta-Mills was too vindictive to make for an impartial and fair-minded Independent Special Prosecutor.

What Critic Amaliba clearly and unmistakably meant was that his fellow Upper-East Region native had acted rashly and unwisely in Mr. Amidu’s dogged and very abrasive attempt to retrieve the GHȻ 51.2 Million literally stolen by Mr. Alfred Agbesi Woyome, the infamous but foremost and principal financier of the National Democratic Congress, for his own political and professional good. Significantly, interestingly and ironically, though, now Mr. Amaliba would have Ghanaians naively and scandalously believe that it was Nana Addo Dankwa Akufo-Addo, the man who commissioned Mr. Amidu to engage in the very fiscal Zoomlionizing activity that the latter claimed to have been his special divine calling who had, somehow, stood in the way of the Kaiser Man and mischievously prevented the country’s longest-serving Deputy Attorney-General and Deputy Minister of Justice from succeeding at the job.

Well, the stark fact of the matter is that right off the bat and from the get-go, as it were, Kaiser Amidu never wanted to succeed at his, in retrospect, clearly oversized portfolio of Independent Special Prosecutor. And it is a gaping shame that we have almost each and every one of us failed to see and recognize the fact that long before Chairman Rawlings’ “Most Obedient Servant” suavely, coyly and deviously conned “The Little Man from Kyebi” into believing that he was the best candidate for the job, which, by the way, retired Appeals Court Justice Emile Short also appeared to have been eyeing at the time, as publicly evidenced or evinced by the seemingly dispassionate critiques that both of these would-be prime candidates for the ISP’s job served the general Ghanaian public via the media at the time. Now, it goes without saying that any reasonably well-educated adult Ghanaian citizen who really believes that it was President Akufo-Addo who solidly, stubbornly and intransigently stood in the way of the Kaiser Man and maliciously and deliberately prevented Mr. Amidu from succeeding as the first Fourth-Republican Independent Special Prosecutor must be living in a veritable Fool’s Paradise.

You see, way long before he came to the quite accurate conclusion that he was decidedly not qualified for the ISP’s job, the Kaiser Man had been spending almost all of his working hours and time bitterly complaining about how the legal and statutory purview of the Office of the Independent Special Prosecutor had been effectively gutted or stripped of all the necessary and relevant powers that would make it worthwhile before he succeeded and/or acceded to the same. Which, by the way, begs the question because Mr. Amidu had been assiduously working to shape up and refine the terms of reference of the Independent Special Prosecutor not quite long before he voluntarily, lustfully and pontifically assumed the same. In retrospect, it is very obviously clear that the very first line of action that his ISP’s benefactor ought to have taken ought to have been for Nana Akufo-Addo to have demanded that the Kaiser Man undergo a battery of psychiatric and psychological examinations.

That ISP Amidu never succeeded in prosecuting a single case of official corruption, including most especially the tax evasion charges that he personally brought against Homeboy Mahama Ayariga, with absolutely no influence or interference from “The Little Man from Kyebi,” tells a very poignant story that goes well beyond the “horse-goring” make-believe pretext that, somehow, it was Mr. John Agyekum-Kufuor’s first Attorney-General and Minister of Justice who had deliberately and deviously stood in the way of the Kaiser Man, and not the churlish latter character’s own gross professional and administrative incompetence (See “The Stumbling Block in the Way of Kissi Agyebeng is Akufo-Addo – Amaliba” Modernghana.com 7/23/21).

You see, long before the Eleventh-Hour Agyapa Investment Deal Scam, so scandalously, artlessly and “plagiaristically” pulled by some predictable Akufo-Addo associates and assigns, Mr. Amidu had only been bitterly, desperately and hopelessly complaining about the fact that he was not qualified for the job. Under the relatively much younger and more talented and energetic Mr. Kissi Agyebeng, the cardinal portfolio of the Independent Special Prosecutor is apt to witness a far more meaningful and productive sea change of outcomes.