#FixTheCountry: Protest to go ahead as planned despite surge in Covid-19 infections 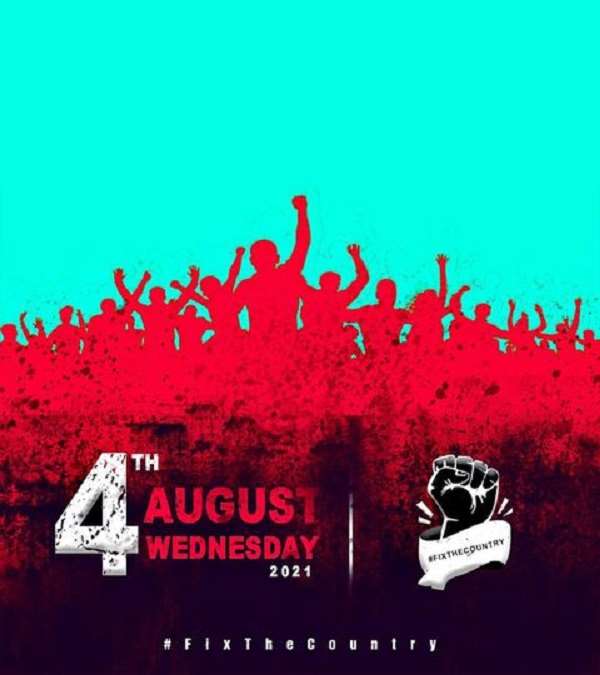 The leaders of the #FixTheCountry protest are set to go ahead with plans for the massive demonstration despite the latest surge in the number of infections being recorded in the country.

On Sunday night, the President of the Public raised concern over the alarming increase in the number of active Covid-19 cases and new infections being recorded in the country.

As a result, he has admonished every citizen to strictly adhere to the Covid-19 safety protocols.

President Akufo-Addo said, “It is extremely troubling to note that the high compliance rate with mask-wearing has fallen alarmingly. The wearing of masks in public places, fellow Ghanaians, continues to be mandatory.

He continued, “There are no exceptions to this rule, and strict conformity with this protocol will be enforced. Anyone found to be flouting this directive will have him or herself to blame. We cannot afford anyone’s recklessness to endanger the lives of the majority of persons in the country.”

With gatherings at funerals not expected to exceed two hours according to President Akufo-Addo, there are fears that the FixTheCountry demonstration may have to be called off.

Speaking to Class FM today, however, Anthony Morkeh who is a spokesperson for the Fix Ghana Movement has stressed that the protest is coming on as planned.

“As at now we haven’t been given any red light to stop our demonstration, the Covid-19 is our concern but still the demonstration should come on.

“It is the President or the Police that can tell us not to demonstrate but we have had several demonstrations and funerals in this country and so will fix the country demonstration for just one or two hours burn down the country? I think things must be put in place to make sure we observe covid-19 protocols,” Anthony Morkeh shared.

The protest after several delays has been earmarked to come off on Wednesday, August 4, 2021.