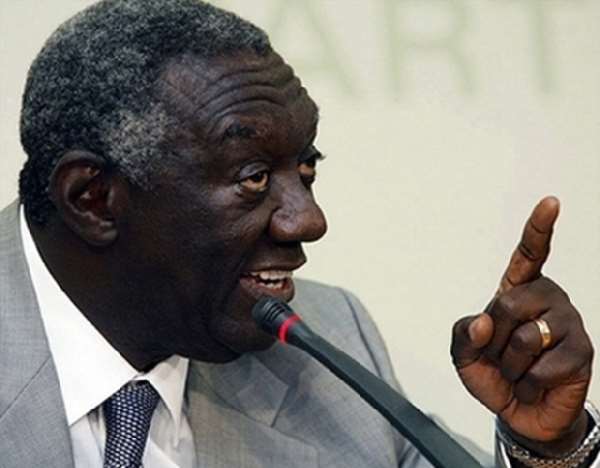 Food is the most basic of needs. It decides not just the health of individuals but also the health of communities which affects the health of our economies. Underpinning the food we eat, is agriculture which accounts for at least 23% of sub-Saharan Africa’s GDP with about 40% of the workforce engaged in the sector.

At the heart of Africa’s agriculture are the smallholder farmers. These are millions of hardworking men and women typically farming on less than a hectare of land. They grow staple crops such as maize, wheat, rice, cassava and sorghum.

However, notwithstanding their significant contribution to economies across the continent, farmers in Africa continue to face significant challenges on many fronts. From climate change to shocks including droughts, floods, pests and diseases, these farmers are disproportionately affected and further, have a low capacity to adapt and mitigate. This is exacerbated by the fact that they work in a sector that gets a disproportionately low level of financing, with only 4 out of 49 African countries reaching the Comprehensive African Agriculture Development Programme (CAADP) recommended target of 10% public expenditure on agriculture.

Consequently, Africa’s full agricultural potential remains untapped. As a dynamic, forward looking Africa marches alongside the rest of the world in the Decade of Action to deliver the Sustainable Development Goals (SDGs), agriculture remains a key lever to propel African economies into a prosperous future. Growth generated by agriculture in sub-Saharan Africa is estimated to be 11 times more effective in reducing poverty than GDP growth in other sectors. The world over, major economies have used agriculture to push their economies forward. And history has shown us that no society makes the transition to a modern economy without first modernizing its agriculture.

The pathway to the bright socio-economic future that we all desire for Africa is through an inclusive agriculture transformation agenda. As such, my conviction is that driving Africa’s economic transformation through the lens of agriculture, should be a top priority that must take precedence over all other policy considerations at the continental level.

When I took over the leadership of Ghana, my country needed solutions for hunger, malnutrition, poverty and a host of other problems. Understanding the potential of agriculture to address these challenges, my administration worked to deliver a more efficient and productive agricultural base that would become the engine of the economy by providing food security, ushering in industrialization, creating jobs, and increasing export revenues.

The results speak for themselves, between 2002 and 2005, cocoa production in Ghana, the world’s second largest producer, doubled from 350,000 tons a year to 734,000 tons a year, a record in more than a century of cocoa farming in the country.

From thereon, my government successfully used many of the same techniques to improve production for food crops such as maize, yams, and plantains, as well as livestock and fish. As a core strategy, my administration also strengthened and tasked Ghana’s Grains and Legumes Development Board with the mandate to supply quality seeds and planting materials to farmers in order to improve the quantity and quality of Ghana’s agriculture produce. Altogether, my administration worked tirelessly to support irrigation, improve seeds and crop diversification, infrastructure, storage for harvest and created an enabling environment for farmers to access mechanization like tractors.

In 2007, during my second term in office, the late Mr. Kofi Annan, launched the Alliance for a Green Revolution in Africa (AGRA), an African institution that sought to support governments to catalyse transformation of smallholder agriculture by advancing uniquely African solutions to sustainably raise farmers’ productivity and connect them to a growing marketplace. AGRA has evolved into a powerful force and tool for the transformation of our continent.

Over the last decade, including Mali, Rwanda, Ghana and Tanzania, I have seen countries where AGRA has been supporting governments, come through on their AUC CAADP Malabo targets by committing 10% of national expenditure to agriculture. A select number of these countries have each successfully achieved an annual growth rate of 6% with their respective agricultural sectors. A couple more are striving to achieve SDG 2 (zero hunger) by end of 2021.

With various ongoing efforts thus far at national levels in strengthening Africa’s agricultural sector, I have no doubt we could achieve a food secure Africa by 2030 if African institutions like AGRA and its partners continue to proactively double-down on their efforts to make that happen.

Given the urgency of ensuring food security for Africa and its people, we cannot afford any delays in implementing the right policies to ensure success. Africa cannot wait. Now is the time for an African agriculture transformation. This requires an efficient eco-system that unlocks the right policies, public investments and private sector engagement; spurs rural-sector economic growth and; which can deliver broad and accelerated impacts for all.

At the level of the smallholder farmer, there is a need to develop a digitized extension system, across which the continent’s smallholder based agro-industry, can in turn, enable a seamless transition from subsistence farming to profitable agriculture.

At an infrastructure and management service level, there is an urgent need to retool the capacity of the entire sector’s value chain proposition in order to ensure fundamental, paradigm-shifting change; beginning with the provision of continuing access to development generating knowledge, which the smallholder farmer can immediately benefit from; and extending to input and output markets with the goal to ultimately ensure efficient interaction across Africa’s entire economic value chain.

At each national level this would mean sustained progress, so that both the agricultural and non-agricultural economies reach and maintain higher income, faster growth, secure access to affordable and nutritious food, and greater inclusiveness in the growth process.

Now is our moment to invest in agriculture to deliver a new era of food security and economic growth in a digital ag-eco-system that works for Africa.