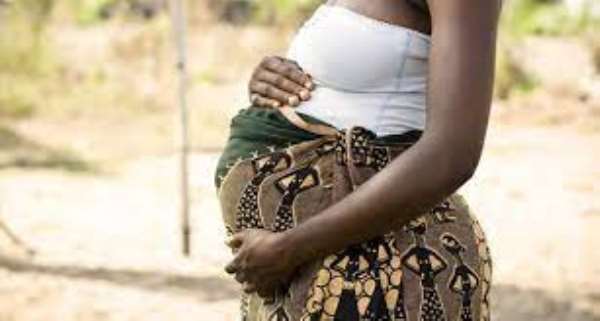 A total of 65 teenage school girls in the Saboba District in the Northern Region were impregnated during the lockdown last year.

During the period between March and October 2020 when schools were on break, Saboba District Assembly has confirmed that 65 teenage school girls got pregnant.

According to George Bingrini the District Chief Executive for the Saboba District Assembly, efforts have been made to get these girls back in school but to no avail with the exception of just five.

Keen on helping the girls, the DCE with the help of Oxfam and other partners has made provisions of sewing machines, hair dryers among others to engage the girls in skill training.

Also, 34 hair washing basins have been donated to 34 youth as well as 4 hairdryers and 60 irons were donated to the girls to undertake their identified skills training.

Speaking in an interview, DCE George Bingrini bemoaned the impact of the Covid-19 in his District on especially school girls.

He said while proving help for these girls to acquire skill training, his Assembly will put measures in place to ensure such things in the future do not happen to harm the education of young girls.

“During the Covid-19, most of our school children particularly girls got pregnant and could not go back to school. Through the help of IDC and Oxfam, we were able to identify most of these girls and convinced some of them and they are gone back to school. Those who could not go back due to some other challenges are those receiving the items in order to engage them in skill training,” he told 3news.com.

Meanwhile, DCE George Bingrini has implored the people in his District and the entire citizenry to adhere strictly to the Covid-10 safety protocols to help the government in the fight against the pandemic.