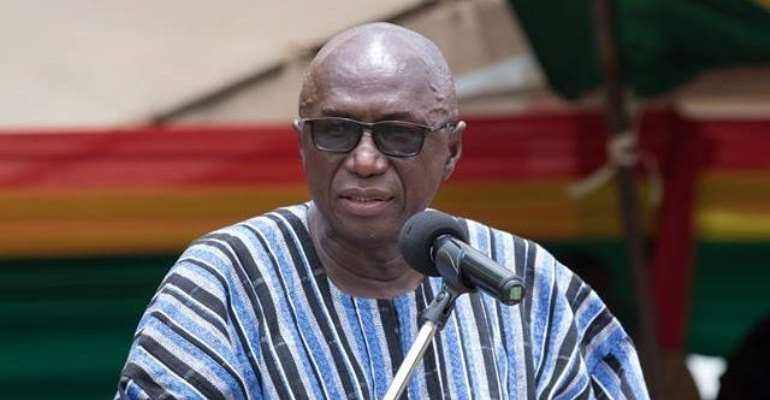 In a bid to protect police officers sent on escort duties with bullion vans following the recent attack that led to the death Constable Emmanuel Osei in Accra, Interior Minister, Ambrose Dery says government has started providing adequate protective gears for such officers.

The Minister said efforts are being made to provide bullet proof vests and helmets as well as body cams for officers.

Speaking to Citi News on the sidelines of the final funeral rites of the late officer, Ambrose Dery said the government will facilitate discussions between the banks and the police to ensure the safety of the officers.

“The government has started providing bulletproof vests, bulletproof helmets and we are also working towards providing body cams. Discussions are ongoing between the IGP and the banking systems, and we are going to facilitate that to see how we ensure that the bankers and the police personnel are better protected than they are now,” he said.

The outgoing IGP, James Oppong-Boanuh, following the killing of the officer suggested that the bullion van was substandard and therefore gave banks up to the end of June to provide fortified bullion vans or have no police officer escorting their cash.

Banks in the country however indicated that the deadline given them by the Police is not realistic.

They said it was too close to enable them make the needed changes.

The Ghana Association of Bankers in a statement on the matter said, “as a response, we have committed to comply with the “latest industry standards in compliance, and certification requirements of Cash in Transit (CIT) operations; strengthen dialogue with the providers of CIT service to develop a comprehensive infrastructure, and implement an aggressively proactive approach to staying at the forefront of the continually evolving security threats that the banking sector is exposed to.”

A few months before the unfortunate incident, the Bank of Ghana had issued a directive to all financial institutions to get bulletproof bullion vans to transit their cash.

It said the financial institutions have up to July 2023 to do that.