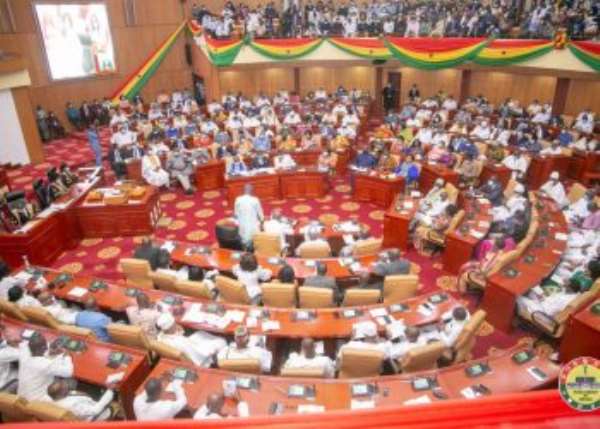 The draft legislation by Ghana’s parliament to criminalize LGBTQI+ practice and advocacy in the country comes under the name 'The Promotion of Proper Human Sexual Rights and Ghanaian Family Values Bill 2021.'

The private members' bill is being championed by eight members of parliament, namely;

It comes at a time when there is raging debate on the subject of LGBQI+ activities in the country, and the tolerance of the country's laws to persons in the queer community.

The idea for 'The Promotion of Proper Human Sexual Rights and Ghanaian Family Values Bill 2021', was mooted when it became clear that the often-quoted existing laws used to argue against LGBTQI+ activities in the country including Section 104 of the Criminal Code “Unnatural Carnal Knowledge; (c) of any animal is guilty of a misdemeanour; (2) Unnatural carnal knowledge is sexual intercourse with a person in an unnatural manner or with an animal,” does not necessarily ban persons in the LGBTQI+ community from carrying out their campaign activities.

The proponents of the bill in their memorandum stated that many national leaders including President Nana Akufo-Addo and ex-presidents such as John Agyekum Kufuor and Prof. Evans Atta-Mills have denounced LGBTQI+ activities.

“We believe the time is ripe for Parliament to actualize the intentions of the framers of our Constitution by providing a legal framework for the promotion of the values that define our nationhood,” the promoters of the bill indicate.

Below are some 10 key things the bill is proposing:

Some persons have called for a specific law in Ghana to make homosexuality a criminal offence.

Although there are some provisions in the Criminal Code under which a homosexual can be prosecuted, especially for having intercourse with a partner, the belief is that a specific law must be enacted to declare homosexual relationships illegal.

Others have also called for a review of Ghana's laws to be more accommodating of minority groups, as many countries are decriminalizing homosexuality.

The current Speaker of Parliament has also spoken about his commitment towards the passage of a new law to deal with homosexuality.