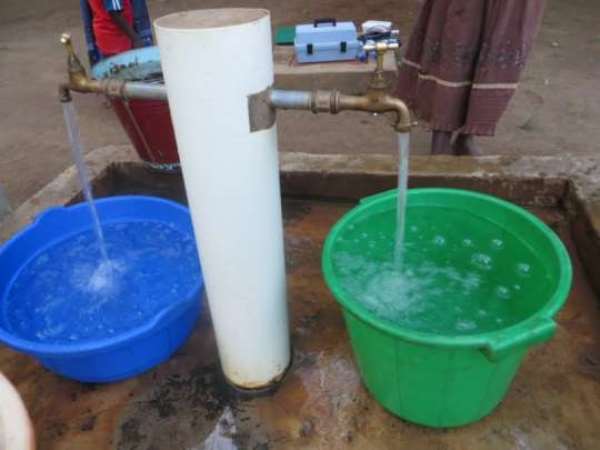 The Coalition of NGO's in Water and Sanitation (CONIWAS) has described, as unsatisfactory, government's free water initiative extended to the public in the wake of the COVID-19 pandemic.

The free water intervention was first introduced in April 2020 by President Nana Akufo-Addo to reduce the economic burden on citizens during COVID-19.

But, at a media briefing on an assessment of the free water initiative in some communities in the Greater Accra Metropolitan Area, the Civil Society Group, CONIWAS, said lots of the projected beneficiaries of the free water did not have access to it.

“Sufficient evidence existed to show, that residents in the study areas generally did not benefit from the programme. Low and varying levels of access to water were recorded. Olebu for instance had access to the mainline but limited access to the distribution line, so most parts of the community did not benefit from the free water since they had to buy from private vendors,” Chairman of CONIWAS, Yaw Attah Arhin said.

Meanwhile, officials of the Ghana Water Company Limited had debunked claims of billing its customers during the pandemic when the directive for the free water initiative was in force.

“The amount of money that we spent on the good people of Ghana to make sure there is no outbreak of cholera, dysentery, and other diseases during this COVID-19 period was GHS840 million. For urban water, 10 million people benefited, but I'm yet to get the final figure for rural water.”

At the initial stages of the Coronavirus pandemic in Ghana, the government announced three-month free water for Ghanaians.

President Akufo-Addo made the first announcement on Sunday, April 5, 2020, when he disclosed that the government will foot water bills of all Ghanaians for April, May, and June 2020 following an increase in the country's coronavirus cases amidst a partial lockdown of the epicentres of the disease.

The initiative was subsequently extended.