Monkeypox in Nigeria: why the disease needs intense management

By Oyewale Tomori - The Conversation 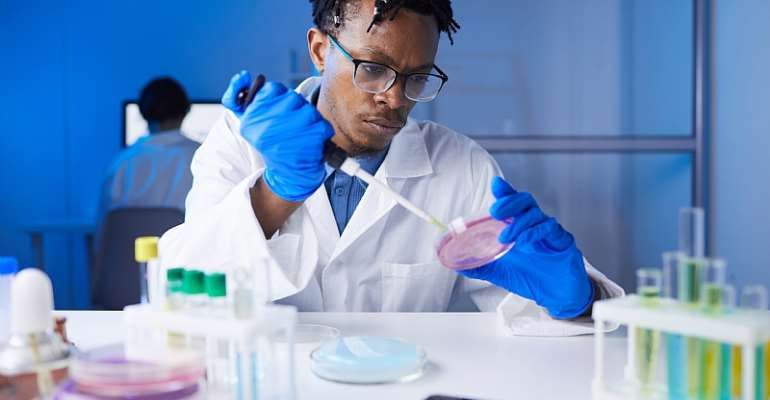 Monkeypox can only be diagnosed through a laboratory test. - Source: Shutterstock

Monkeypox is back in the news. The publicity this time derives from a case brought into the US by someone from Nigeria in June 2021. In this interview with Adejuwon Soyinka, The Conversation's West Africa regional editor, virologist Oyewale Tomori explains that the US case was not the only export from Nigeria this year. He provides insights into why this is happening and what needs to be done.

Is it right to describe the latest development as a resurgence of Monkeypox in Nigeria?

Not really. Monkeypox is endemic and always with us in Nigeria. Nigeria will always detect cases when its surveillance system is functioning well. According to figures from the Nigeria Centre for Disease Control website , between 1971 and 1978, ten human Monkeypox infections were reported in Nigeria. Three were laboratory confirmed – two in 1971 and one in 1978. However, Nigeria has had 466 suspected Monkeypox cases between September 2017 and June 2021, of which 205 were confirmed. Of the confirmed cases, there were 88 in 2017, 49 in 2018, 47 in 2019, 8 in 2020 and 13 in 2021. There have been eight deaths since September 2017.

This year's number is likely to be an under-representation because many people have been avoiding healthcare facilities for fear of contracting COVID-19 disease.

The disease can spread quickly and in previous outbreaks one of 10 people have died. An outbreak is a sudden rise in the number of cases of a disease. Sometimes a single case of an infectious disease may be considered an outbreak, if the disease is rare or has serious public health implications. An example would be bioterrorism agent such as anthrax.

What is Monkeypox and how can a person know they have contracted it?

Monkeypox is a viral zoonotic disease – it's caused by a virus transmitted from animals to humans. The natural host of the virus remains undefined. But the disease has been reported in many animals. It was first reported in 1958, in monkeys in the Democratic Republic of Congo (DRC) and in humans in 1970, also in the DRC. Subsequently, the disease has been reported in many West and Central African countries. The virus was first identified during an investigation into a pox-like disease among monkeys. Hence its name.

Infected people break out in a rash that looks a lot like chicken pox . Monkeypox can easily be confused with other rash illnesses such as smallpox, chickenpox, measles, bacterial skin infections, scabies, syphilis, and medication-associated allergies. This makes it difficult to diagnose it easily.

But the fever, malaise, and headache from Monkeypox are usually more severe than in chicken pox infection. In the early stage of the disease Monkeypox can be distinguished from smallpox because the lymph gland gets enlarged. A laboratory test is needed for a definitive diagnosis.

Primary infection is through direct contact with the blood, bodily fluids, or cutaneous or mucosal lesions of an infected animal. Eating inadequately cooked meat of infected animals is also a risk factor.

Human-to-human transmission can result from close contact with infected respiratory tract secretions, skin lesions of an infected person or objects recently contaminated by patient fluids or lesion materials. Household members of active cases are at greater risk of infection via droplet respiratory particles during prolonged face-to-face contact. Monkeypox manifests in high fever and is accompanied by headaches and other symptoms. Photo By BSIP/UIG Via Getty Images

Transmission can also occur by inoculation or via the placenta (congenital monkeypox).

How worried should Nigerians be about Monkeypox?

Very worried, as failure to detect and report it means the disease will spread and may cause death in at least one in 10 of those infected.

Read more: Monkeypox has resurfaced in Nigeria. What you need to know

There is no specific treatment or vaccine available for Monkeypox infection. In the past, the anti-smallpox vaccine was shown to be 85% effective in preventing Monkeypox. But the world was declared free of smallpox in 1980 so the vaccine isn't widely available anymore.

Currently, there is no global system in place to manage the spread of Monkeypox, with each country struggling to contain any outbreak whenever it occurs.

What would you recommend as appropriate response from Nigeria?

Improved surveillance and response, raise awareness of the disease and avoid contact with wild animals, especially monkeys. Animals known to be sources of Monkeypox virus include monkeys and apes, a variety of rodents (including rats, mice, squirrels and prairie dogs) and rabbits.

What are the implications, especially as there's so much focus on COVID-19?

It is important to refocus attention on other diseases. We probably will never know the adverse effect of COVID-19 on other health issues until after the epidemic is over. For example, in Nigeria we are getting fewer reports of many of the endemic diseases, like Lassa fever. I think the drop in number of reported cases of endemic diseases is a result of people not seeking care in health facilities. We may wake up next year to discover that the COVID-19 pandemic has led to a major drop in childhood vaccinations, as the World Health Organisation and UNICEF data reveal for other nations.

Oyewale Tomori does not work for, consult, own shares in or receive funding from any company or organisation that would benefit from this article, and has disclosed no relevant affiliations beyond their academic appointment.

John Agyare’s nomination as Ahanta West MCE is a great choic...
13 minutes ago