The Supreme Court will strike down anti-LGBTQI+++ laws 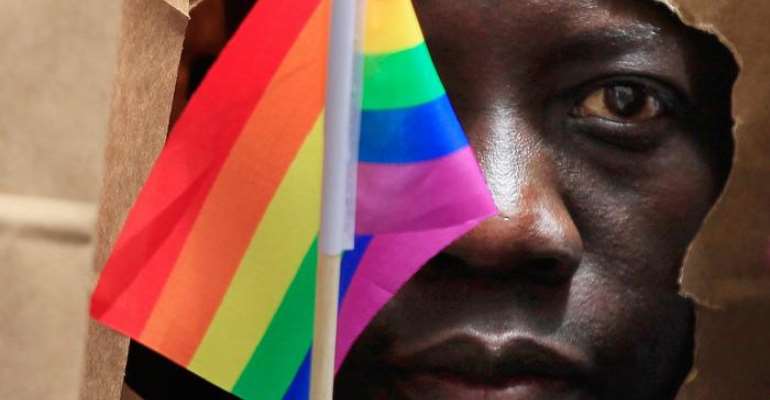 I think the president should not sign into law the parliamentary enactment seeking to abrogate the rights of the LGBTQ+++ community. If the President is cowered into signing the offensive bill into law, the matter ought to proceed to the Supreme Court. And upon careful cogitation, the law lords should strike the law down as being repugnant to the universal laws of human rights to which Ghana is signatory. And if all these methods fail, the international community should target Ghana for a multiplicity of sanctions which the country seems to invite unto itself. The country should be disciplined for making obnoxious and retarded laws even if those laws will end up as desuetude.

At the onset, let us be clear that Ghana is not a Christian or Muslim or religious country; and so those calling on God and citing religious books to assert the immorality of homosexuality ought to clear their own befuddled heads and get a proper perspective on modern life. As far as the constitution of Ghana is concerned, God does not feature in it, and what he is supposed to have communicated to homeless nomads gallivanting through the wilderness and burning sheep and cattle is of no meaning to our supreme laws. Furthermore, the prophets who climbed mountains and claimed to have seen God face to face are of no relevance to our system of government.

The constitution however gives the citizens the right to create their own gods, and to worship same anyhow they want in perfect peace. The constitution also gives the right to the people to repudiate God, and not to recognize him in any respect as being in existence. And one citizen’s notion of what their god loves and prefers has no meaning or obligation to those of us that recognize no god and have no use for him. Live and let’s live is the constitutional mantra for which we live. And there is absolutely nothing anybody can do about it.

The second point is that there is no animal known as Ghanaian culture to be cited to be inapposite to homosexuality. Indeed, not long ago, groups in this country had discrete cultural practices on slave ownership, human sacrifice, prepubescent rituals, supremacy of parental authority, worshipping of stones, dunghills, feathers, rivers, mountains, trees and some animals and and even some kings . So there was a quantum of cognizable regional sub-cultures of which the separate language groups distinguished themselves from one another.

Nowadays, these cultural practices are all gone to the wind: They are completely non-existent. Our traditional dances and music are lost to the sanctum of primitive residual culture often performed as exhibitionism at funerals and moribund cultural exposition. Our local languages are dismissed into second place in our communities, with most of the citizens preferring to listen to English than to hear anybody speak in local languages not of their own preference. Our marriage ceremonies are relegated to second place and misnomered as “engagement”, while the foreign wedding is the real deal. Our way of dressing is not even permissible in official or elitist circles, except in archaic traditional ceremonies. And our food is frowned upon, having been supplanted with western foods which we import with vim and consume with alacrity. We have cars, air-conditioners, television sets, and even aircrafts which were all unknown in our traditional setting where the king rode on the people’ shoulders, or in palanquins. Finally, those who dare to speak in the trite proverbs of the ancestors is viewed askance and dismissed as coming from the forests.

So exactly what do we mean by Ghanaian culture that does not permit this or that? And when do we cite to this culture except when we want to persecute and prosecute gay people? If in doubt, list anything you can call Ghanaian culture, and if you are genuine with yourself, you will discover much to your consternation that we sold our souls to the westerners a long time ago when they landed on our shores and asked us to close our eyes and pray! By the time we opened our eyes, if we ever indeed opened our eyes, everything of ours was gone, and we were in the grips of the great anaconda called western culture which has already strangled us!

So what is this deal about writing laws proscribing the activities of gays and lesbians? It is as if we get up every morning to concoct foolishness in our miserable lives. Our parliamentarians have received double salaries for years and gone scot-free. Armed robbers are attacking people in broad day light and killing some with aplomb. Our civil servants and court personnel and police officers are demanding bribes on a daily basis. Our school system has gone bonkers with no future for our students. Mad men are walking on our streets in broad daylight masquerading as prophets of God and fleecing the masses. We live in filthy environments with open gutters in which people are defecating openly……….And instead of making strict laws to address these concerns, we have chosen the subterfuge of persecuting gays. And our reason? We think that even animals don’t have sex with their own gender?

When did the animals set up any standard for us humans, such that we can say even animals do not do this, therefore we can’t do it?

I always say that our backwardness as a people has nothing to do with our race or tribe or geographical origin. We merely failed to develop our own serious system of critical thinking and analyses that will permit us to develop and catch up with these other developed countries. If it were not so, how can our own democratically elected representatives band together to make laws against another community without expressing in succinct terms how that community’s activities harm the nation economically or even socially? And as for the masses of hyenas pushing this agenda of gay persecution, who among them has questioned why such a law at this time when all these politicians are doing is to create a subterfuge in order to divert attention from their looting,

Let us be serious a bit and learn to ask questions and critically analyze our national objectives, goals direction. Let us set our priorities right and leave those who have not harmed us alone to live their lives. I say again that if this bill is signed into law the Supreme Court should strike the law down and quickly legitimize the rights of gays and lesbians to go about their sexual life as they want it. This will be in tandem with the supreme laws of all these countries to whom we apply, cap in hand, for the crumbs from their tables.