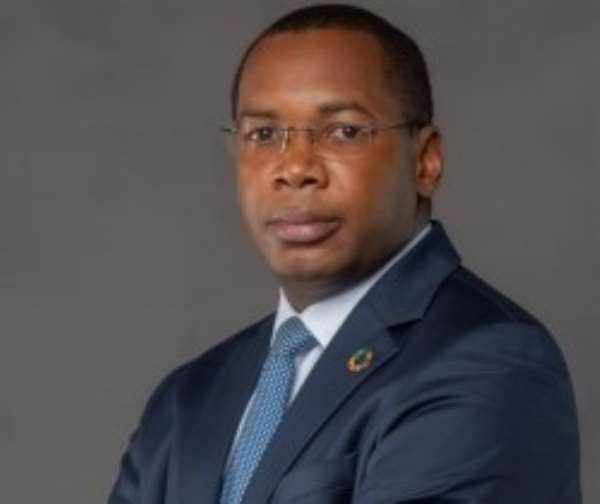 United States President Joe Biden on 22 and 23 April this year hosted the Leaders Summit on Climate. According to the White House, the summit aimed to "galvanize efforts by the major economies to tackle the climate crisis." Leaders of 40 countries, including five from Africa, participated in the virtual event.

The event was an important milestone, ahead of the United Nations Framework Convention on Climate Change (UNFCCC) Conference of the Parties (COP26), which will take place in Glasgow this November.

The five African leaders who participated in the Leaders Summit emphasized the indispensable role the continent must play in global efforts to reduce greenhouse gas (GHG) emissions and limit global warming to 1.5 degrees Celsius. They were President Félix Tshisekedi of the Democratic Republic of the Congo; Ali Bongo Ondimba of Gabon; Uhuru Kenyatta of Kenya; Muhammadu Buhari of Nigeria, and Cyril Ramaphosa of South Africa

Africa’s situation deserves extraordinary attention: the continent contributes just 4 percent of global total greenhouse gas (GHG) emissions, the lowest of any region, yet its socio-economic development is threatened by the climate crisis. In other words, Africa contributes the least emissions but suffers the brunt of the consequences.

For example, in addition to the effects of the climate crisis such as food insecurity, population displacement and water scarcity, more than half of African countries are likely to experience climate-related conflicts.

Secretary-General António Guterres (second from left) speaks at the briefing to Member States on the 26th Session of the Conference of the Parties to the United Nations Framework Convention on Climate Change (COP 26). Photo: UN Photo/Eskinder Debebe

According to the United Nations Environment Programme, the annual adaptation costs in developing countries, currently estimated at $70 billion, will rise to $300 billion by 2030 and $500 billion by 2050.

At the same time, African governments currently spend between 2 - 9 per cent of their GDPs to fund adaptation programmes.

At COP26 in Glasgow, countries will launch an adaptation goal and adopt a strategy for achieving such a goal. Glasgow, therefore, presents an opportunity to recognize and address the unique needs and circumstances of Africa. There are several ways to do this, including the following:

First, the developed countries must avoid shifting their climate responsibilities, particularly regarding their cumulative GHG emissions, to developing countries. Also, the developed economies should lead with clear targets for reaching net-zero emissions by 2050.

Second, based on the commitments and obligations under Article 4 of the UNFCCC, developed countries must mobilize and provide adequate climate finance resources and transfer environmentally sound technologies to African countries.

Third, the COVID-19 crisis must not derail the climate finance agenda. A massively scaled-up and more progressive multilateral response is required to address the climate crisis, and finance is at the heart of it. At COP26, countries must agree on a finance architecture, including an agreement on the continuation of long-term climate finance (LTF) under the UNFCCC. This should be in addition to the launch of a new finance goal under the Paris Climate Agreement.

African Heads of State who participated in the Leaders Summit on Climate, hosted by US President Joe Biden on 22-23 April 2021

Fourth, developed countries must pledge to meet their pre-2020 climate finance gap of $100 billion. The $100 billion per year should be the floor, not the ceiling, and continuing efforts must be made to determine and meet the needs and priorities of developing countries.

Meeting in the UK in June, the G7 nations rightly renewed the pledge they made in 2009 to contribute $100 billion annually to help poor countries cut emissions. Since 2009, however, scientific research shows that more needs to be done in mitigation and adaptation.

Fifth, at COP26, negotiators must recognize that the conditional parts of Nationally Determined Contributions (NDCs) represent the most ambitious contributions to the Paris Agreement on climate change, and these require climate finance resources that should be accessible through bilateral and multilateral channels.

Lastly, Africa needs additional support for its initiatives, including the African Renewable Energy Initiative (AREI) and the African Adaptation Initiative (AAI). The continent needs grants, not just loans that exacerbate its debt burden. Rising debt and the COVID-19 pandemic have weakened poor countries’ capacity to tackle the climate crisis.

Market mechanisms under the Paris Agreement should help raise ambition on mitigation actions, support sustainable and green development in African countries and provide finance for adaptation.

Unfortunately, the transparency mechanism of the Paris Agreement was without an outcome at COP25. It needs to advance at COP26.

The transparency mechanism should capture progress and achievements in both action and support; it should be a tool to enhance climate action and ambition while supporting developing countries to build and maintain national transparency systems to meet the reporting requirements enunciated in the Paris Agreement.

Crucially, there should be an increase in international support for Africa’s adaptation and mitigation programmes and initiatives. Current reductions in official development assistance by developed countries will weaken the capacity of poor countries to fight the climate crisis.

We are close to a climate emergency; therefore, the same attention and resources directed at COVID-19 should be deployed to tackle the threat of climate change. Just like the COVID-19 pandemic, climate change has no border. For Africa, the pandemic presents a unique opportunity for a green recovery.

The African Group used the occasion of the virtual UN Climate Change subsidiary bodies sessions (SBs), which took place from 31 May to 17 June 2021, to synergize their positions on a range of issues. Additional SBs in or before Glasgow may be necessary to enable prioritization of the agenda items on adaptation, technology transfer, among others.

It will be the turn of Africa to host the COP27. It will take place in November 2022 in Egypt. The success of COP26 will provide Africa the necessary fillip as it prepares for the subsequent COP.

Africa is eager to partner with the developed countries to ensure an ambitious outcome at COP26. We cannot afford to fail.

Mr. Gahouma-Bekale is the Chair of the African Group of Negotiators on Climate Change under the UNFCCC.