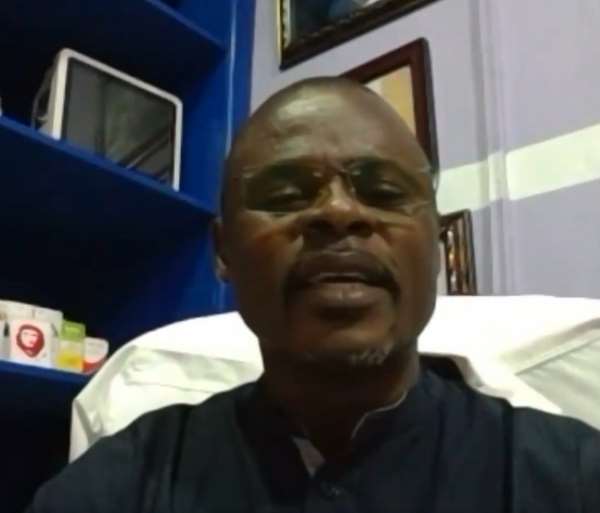 The Executive Director for the African Centre for Health Policy Research and Analysis (ACH-PRA), Thomas Anaba is calling for sanctions against Minister of Health, Kwaku Agyeman Manu, for failing to exercise good judgement in the procurement of Sputnik V vaccines for Ghana.

Mr. Anaba said the Health Minister's explanations for sidestepping the laid down processes are not justifiable.

“Being remorseful is not a punishment for people who commit a crime. So I do not see what remorse has to do here with someone who has flouted all laid down rules and regulations regarding the procurement of extremely expensive vaccines for Ghana and even worsening diplomatic relations between Ghana and Russia. His behaviour is untoward and something drastic has to be done to the Minister to deter others from doing that.”

Mr. Anaba on Citi FM/TV’s The Big Issue said calls for sanctions against the minister are justified as Mr. Manu had made several bad decisions since assuming his role.

“The call for his resignation was not based on only this. We catalogued a series of things he has done. We think he has been perpetually committing blunders and nothing has been done. We think this has come to ice the whole cake.”

He said the urgent and critical nature of the circumstances at the time, did not permit him to use the right channels.

Dr. Anaba however dismissed Mr. Agyeman Manu's explanation, insisting that the Minister had “no excuse for making such a blunder”.

“He had no right just because we were in the dire moment to go and buy the vaccines without due process.”

The company that agreed to supply Ghana with the overpriced Sputnik V vaccines has terminated the contract it had with the country according to the Health Minister.

The firm had earlier agreed to supply Ghana with 3.4 million doses of Sputnik V vaccines at the cost of $19 per dose instead of the $10 factory price.