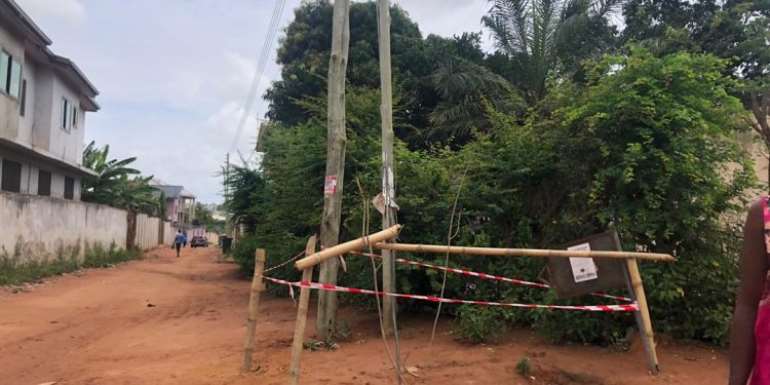 The family of 23-year-old Yannick Kumah Agyemang who was electrocuted to death at Taifa in Accra is demanding immediate justice.

Since the death of Kumah Agyemang, his family and CSOs like the Bureau of Public Safety have attributed negligence on the part of the Electricity Company of Ghana (ECG) as the cause of his death.

According to the family of the deceased, the electricity pole that caused his death had been insulated and left unattended until a recent repair work by the ECG which left the pole exposed.

They allege that until the incident, no warning sign had been mounted at the site to caution residents of the dangers of the high voltage pylon.

Speaking to Citi News on the sidelines of the funeral rites of Yannick Agyeman, father of the deceased Kenneth Agyeman Kumah said the family will not rest until justice is served.

“He is dead and gone, but it is a pity that he died through someone’s negligence, and till now, ECG has not even come to commiserate with us. They were here a day after the incident, seeking to repair the fault, but the boys drove them away. That was the last we heard from them.”

“I demand justice for my son because his death was a result of their negligence. If that justice will come in the form of money, so be it. This call however is not for money, but justice”.

The mother of the deceased, Rosemond Agboka also shared how “unbearable” life has been without her son.

“I met my son when I was returning from the market on that fateful day. After an hour, I was informed that he had been electrocuted. I remember he was the first to wake me up every morning. He used to scream my name and ask me to wake up from bed. Now I don’t hear the voice anymore. I leave everything in God’s hands. I will pray to our maker to avenge on our behalf. ”