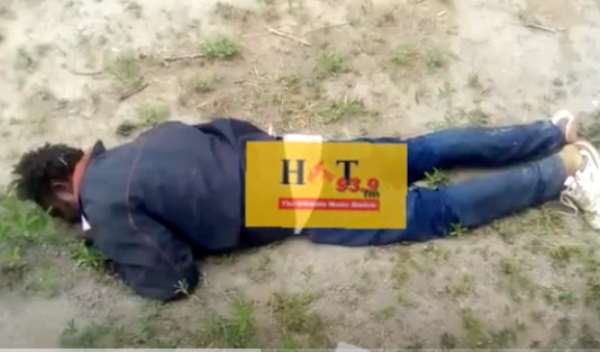 Popular Evangelist, only known by the name Osor has mysteriously died at Madina Atomic Junction in Accra.

Osor, who was found dead on Friday, July 23,2021 is alleged to have died because of hunger.

Confirming the news on social talk show 'AY3 HU' - hosted by ace broadcaster, Nana Ampofo on Accra-based Hot 93.9FM, an eyewitness by the name Kingsley Ofori better known as Otsunoko - a mechanic at the Madina Atomic Junction indicated that:

"Osor is a popular man of God who normally does his Evangelism in this area...we normally give him money for food ...we only know him by the name Osor."

He noted, "It's so unfortunate that we found him dead this morning...he usually sits under the Mango tree with his congregants ...We are told he died this morning (Friday -23-7-21) Though we are not sure of what may have killed him, we can only suspect hunger."

According to Otsunoko," An ambulance came for the body but can't actually tell the exact hospital mortuary the body has been deposited".