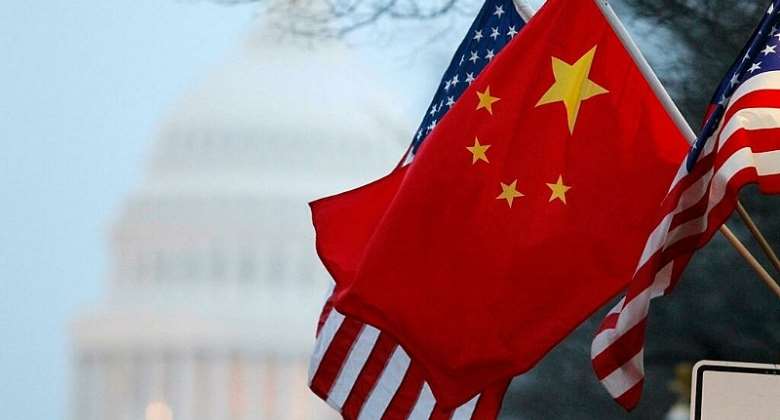 Beijing has announced sanctions on seven American citizens and entities in response to a US advisory on deteriorating freedoms in Hong Kong, just days ahead of a visit from a senior Biden administration official.

Relations between Beijing and Washington have soured on a number of fronts, notably with regard to human rights, trade, cybersecurity and the origins of the Covid-19 pandemic.

This month alone, a flurry of less friendly exchanges between Beijing and Washington took place.

On the 13th of July, the US State Department issued an updated "Xinjiang supply chain business advisory" stressing "heightened risk" for US companies doing business in this region "given the entities complicit in forced labor and other human rights abuses there and throughout China."

Three days later, the 9-page "Risks and Considerations for Businesses Operating in Hong Kong" was issued, highlighting China's increased clampdown on political freedoms in the city and the risks this may entail for US interests.

On the 19th of July, the Washington criticised what it called China's "destabilising and irresponsible behaviour in cyberspace," saying China's Ministry of State Security fosters "an ecosystem of criminal contract hackers" exploiting, vulneratbilities in the Microsoft Exchange Server," and staging a "massive cyber espionage operation."

To give teeth to the US complaints, the US Treasury Department has created lists targeting individuals and entities in Hong Kong and Xinjiang for sanctions.

'Groundless smear'
In the midst of this, on the 17 of July, China snubbed US Deputy Secretary of State Wendy Sherman, by agreeing to only let her meet with the number 5 in China's Foreign Ministry. The US then put Sherman's China trip - the first high-level meeting between the US and China since the disastrous Ancorage summit between US Secretary of State Anthony Blinken and his Chinese counterpart Wang Yi - on hold.

Behind the scenes negotiations apparently managed to clear the air, since the State Department announced on the 21t of July that Sherman will go to China after all, where she will meet China's Foreign Minister, Wang Yi. According to a statement, the discussions are part of US efforts to hold "candid exchanges" with Chinese officials, diplomatic shorthand for blunt talk, or even shouting matches.

It is unclear whether the Sherman-Wang meeting, scheduled for 25-26th of July in the coastal city of Tienjin will be successful. On Friday, 23rd of July, a Chinese Foreign Ministry spokesperson blasted the US sanctions calling them "illegal" and a "groundless smear," while they "violate international law and basic norms governing international relations."

In retaliation, China sanctioned seven US individuals, among whom former US Secretary of Commerce Wilbur Louis Ross, and China Director at Human Rights Watch Sophie Richardson.

In addition, China's Global Times, a propaganda outlet controlled by the Communist Party, told the US in an editorial "not to be too arrogant. Times have changed, it read. The sanction tools at its disposal are decreasing while those in China's hands are increasing. The pattern of China-US competition is changing day by day," according to the newspaper.

"The US wants to rely on sanctions to crush China, to reshape US' advantages and to revitalize the country. But it's wishful thinking," it added.