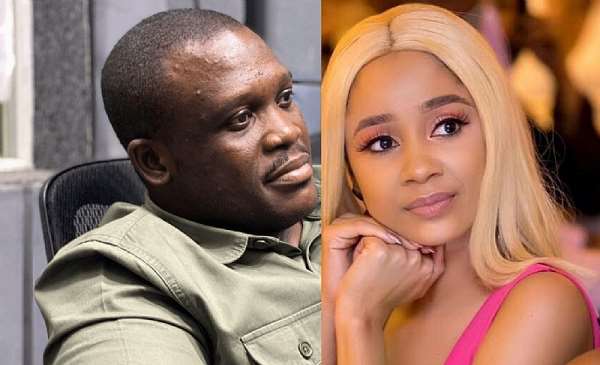 Ghanaian singer and top model, Sister Derby has clashed with Member of Parliament (MP) for Ningo Prampram Sam George over the newly drafted bill to criminalize LGBTQ+ in Ghana.

Last Thursday, portions of the draft of the bill went viral on social media and attracted mixed reactions.

Among many things, the bill criminalizes LGBTQ+ identification and advocacy in Ghana with offenders set to face up to 10 years in prison once it is passed by lawmakers.

Amid the opposition on social media and attacks on MP Sam George, he has hit back by insisting that Homosexuality is not a human right but rather a sexual preference.

“I have seen the attacks from a few goons aligned to a political inclination based on my leadership on the PMB against LGBTQI+ in Ghana. Bow your heads in shame. Nothing would stand in our way to get this Bill passed by the House. Take your perversion and let me speak my truth,” part of the MP’s post on Twitter reads.

Commenting under the post, Sister Derby has expressed her disappointment in the Member of Parliament.

According to her, Sam George is rather full of perversion and must bow his head in shame for championing the passing of the bill.