Building an art gallery in the midst of war in Zimbabwe

By Tinashe Mushakavanhu - The Conversation 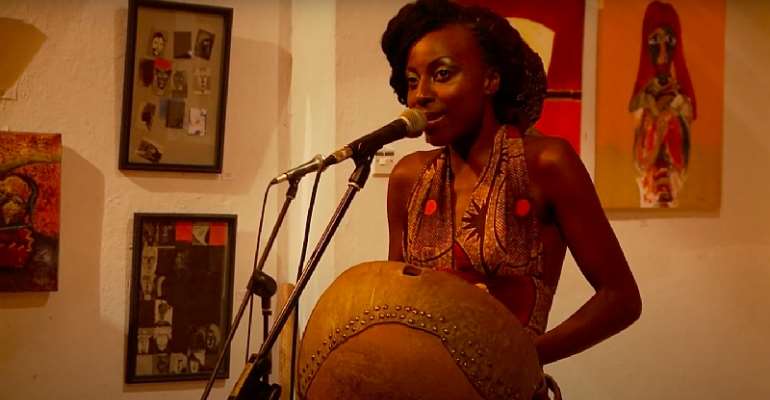 After being disenchanted with his work as a detective inspector in Rhodesia's British South Africa Police , Derek Huggins quit his job and in 1975 decided to open an art gallery. The venture, Gallery Delta , is now an important institution in Zimbabwe's art history. His partner and collaborator was his wife, Helen Lieros, a talented artist in her own right.

In a documentary, Art for Art's Sake: The Story of Gallery Delta , released in June 2020, Huggins explained:

While we knew that a tiny gallery of three rooms in the midst of conflict and war and sanctions would not make a living for us … in those years it was run as a voluntary, part-time, weekends, nights occupation.

After running the gallery for 46 years, the couple have died in Harare, a week apart, but their legacy will live on.

In the four decades of their stewardship of the gallery they were involved in the curation, organisation, presentation and promotion of approximately 500 exhibitions. Their art magazine, placed in schools, became a vital resource for artists and art historians in Zimbabwe.

Huggins, born in Kent, England, moved to Rhodesia when he was 19 to join the British South Africa Police. He writes of his experiences in his 2004 book, Stained Earth . And Lieros , who was of Greek parentage, was born in Gweru, Zimbabwe, where she was a school teacher.

They met at a police station where Huggins was based, while Lieros was engaged as a composite artist who drew images of suspects. Their romance blossomed and they married in July 1966. As a union they extended their influence, amplified everything they achieved and uplifted everyone they interacted with.

I first met them in the early 2000s when I worked as a publishing assistant at Weaver Press, a small publishing house in Harare. Gallery Delta, their enterprise, has always been a favourite venue for book launches in the city. People would congregate there to hear authors read and for the free wine.

In 2018, as an academic researcher, I found a collection of letters between Huggins and the celebrated writer Yvonne Vera deposited at Amazwi South African Museum of Literature . For the past three years we have been exchanging emails, or if I am in Harare, drinking and bonding over tea while we discussed this book of letters I am editing. Helen Lieros, left, with her husband Derek Huggins, in the 2020 documentary Art for Art's Sake. Screengrab/Granadilla Films

Gallery Delta's formative years were at Strachan's building in Manica Road (now Robert Mugabe Road) in downtown Salisbury (now Harare). It was a new, radical space in a city whose art world revolved around the National Gallery of Rhodesia (now the National Gallery of Zimbabwe ) under Frank McEwen, who was at the time invested in promoting the country's Shona stone sculpture tradition while neglecting other art forms. There were small art organisations and societies but no art schools or other exhibition galleries to talk about.

Huggins said of the time: “Consequently, we looked for young, talented and aspiring Africans who would rather be painters than sculptors. They were almost non-existent. There were few facilities for serious art study. It meant commencing at the beginning to encourage and promote a new movement in painting. One of the ways in which we undertook this was to promote a Young Artists exhibition at the beginning of every year but nonetheless few, if any, good African painters emerged at this time.”

For Huggins and Lieros, building a community was at the core of their work. Before opening the gallery they had been members of The Circle – a radical group of 12 painters. The group was responding to the political chaos of the decade – as a liberation war was being fought by Zimbabweans against white minority rule – but it also became a collective means to deal with the unrest. It was this spirit the new Gallery Delta fostered.

From its inception The Gallery also served as an alternative venue for art exhibitions, multiracial theatre and jazz performances during this tense environment prior to independence in 1980. But when the owners of the Strachan building decided to sell, they were forced out and had to look for a new home.

In 1991, Colette Wiles, daughter of the painter Robert Paul , offered Gallery Delta the old, dilapidated house at 110 Livingstone Avenue in Harare, which had been his home for nearly 40 years until his death. Built in 1894, it lays claim to being one of the oldest surviving buildings in Harare. From 1991 to 1993, Gallery Delta – with the help of architect Peter Jackson, and many others – repaired and restored the house to its original appearance, and built an adjoining amphitheatre. Gallery Delta today. Screengrab/Granadilla Films

Besides teaching, mentoring and supporting the production of new art, Gallery Delta also produced and published a visual art magazine under the title of Gallery . This was a 32 page, glossy quarterly publication, edited by art critic Barbara Murray, and for a short time by the publisher Murray McCartney, which ran to 31 issues. Each edition of the magazine had a print run of 1,000 copies.

Copies of Gallery were distributed free to schools and libraries, and it has become a vital research tool for students and collectors interested in the development of contemporary painting in Zimbabwe in the 1990s. The magazine is fully digitised and freely available.

What does the future hold for Gallery Delta? In 2008, in response to the dire economic situation in Zimbabwe at the time, the privately owned gallery was given over by deed of donation into trust to create the Gallery Delta Foundation for Art and the Humanities, governed by an independent board of trustees.

A new generation of stewards will now have to carry forward the work that Derek Huggins and Helen Lieros started. As their late friend Friedbert Lutz said :

Gallery Delta is a bit like a lighthouse which stands there quietly and flickers its light in spite of all the storms we have gone through, yesterday, today and maybe tomorrow.

Tinashe Mushakavanhu does not work for, consult, own shares in or receive funding from any company or organisation that would benefit from this article, and has disclosed no relevant affiliations beyond their academic appointment.

By Tinashe Mushakavanhu, Post-Doctoral Fellow, University of the Witwatersrand