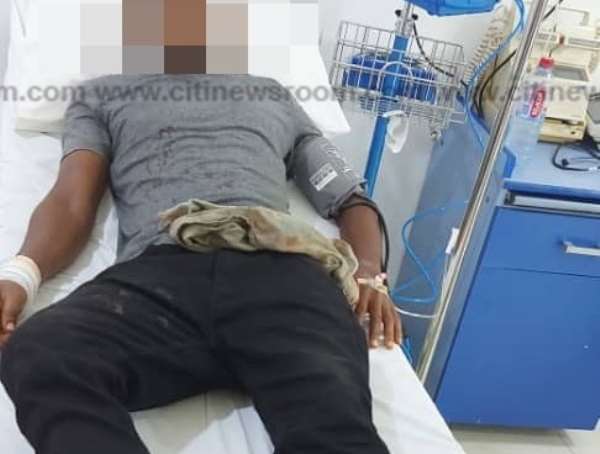 A soldier in a military pick-up moving behind a bullion van has allegedly shot and injured a motorcyclist at East Legon in Accra.

The incident occurred on Friday afternoon.

According to an eyewitness, the soldier, who was in a military pick-up vehicle, after shooting the motorcyclist, moved on behind the bullion van without stopping.

It is not clear whether the military pick-up was responsible for providing security to the bullion van.

A team of police officers who reportedly witnessed the incident chased the military pick-up vehicle without success.

“I saw a bullion van coming and behind it was a military pickup. It had a couple of officers at the back. A few seconds later, I saw a biker behind me, and he rode and came next to me trying to give way to the bullion van, and all I heard was a gunshot. A soldier behind the pickup truck shot the biker. They never stopped and drove off. As to what the soldier saw before he shot, I don’t know,” an eyewitness said.

The rider, who sustained gunshot wounds on the hand, was sent to the Bloom Medical Centre for medical attention.

Meanwhile, a brother of the victim who is with him at the health facility but wants to remain unanimous said he “he is getting better”.

The victim, in a later interview told Citi News that he does not recall doing anything wrong to merit the shooting.

He said he has since received a police medical form and will be undergoing further medical attention at the 37 Military Hospital.