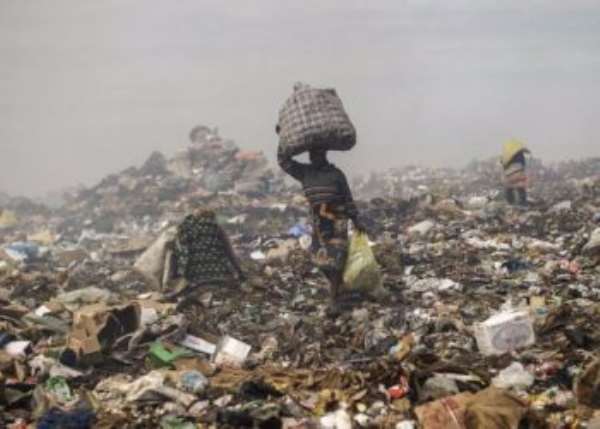 The Environmental Service Providers Association (ESPA) has attributed the country's failure to deal with its sanitation mess to the inability to enforce by-laws.

Speaking to Citi News, the Executive Secretary of ESPA, Ama Ofori Antwi, urged the government to empower local authorities to enforce the bye-laws on sanitation.

”I think it is about time we enforced bye-laws on sanitation. The project being driven by the Greater Accra Regional Minister is a good one, but then it is already captured in the bye-law. The difficulty, however, is with enforcement.”

“Government must empower local assemblies to enforce the laws.”

The Greater Accra Regional Minister, Henry Quartey, as part of plans to address the issue of sanitation in the city, has begun an initiative dubbed, “operation clean your frontage” to garner collective support in tackling filth.

Since 2014, the first Saturday of every month has been earmarked as National Sanitation Day, where Ghanaians are expected to clean their communities.

The day was meant to raise awareness of the need to improve sanitation and emphasise public involvement.

But Ghanaians' commitment to the Sanitation Day has been questioned in the past because of the inactivity on the allocated days.

To further improve sanitation, Mr. Quartey said he plans to introduce a scheme to distribute dustbins across the region.

“We will start a pilot programme in one or two constituencies… and ensure that, district assemblies focus more on their respective districts and ensure good sanitation,” he outlined.