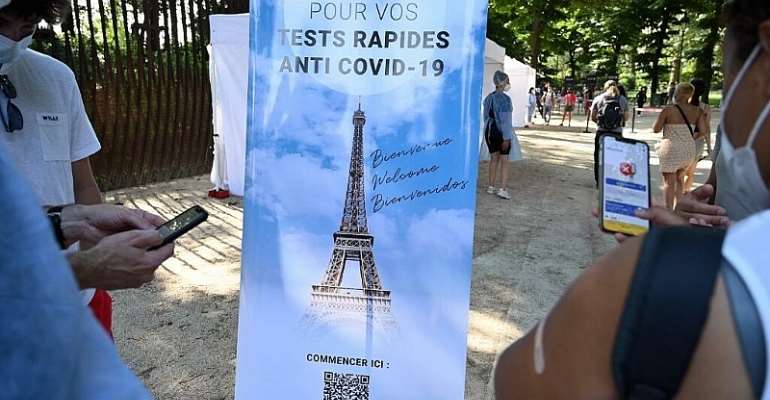 The Eiffel Tower has started offering free Covid tests to French visitors who do not have a health pass required to access cultural venues. Foreign tourists can get tests, for a fee.

Visitors to the Eiffel Tower do not need a health pass, which has been required since Wednesday for those wanting to go to cinemas, museums and other cultural venues in France.

Those who cannot prove they are vaccinated or show evidence of a recent negative test can take an antigen test in one of two tents set up in front of the monument's two entrances, just before the security check.

The testing "allows us to guarantee that visitors can discover the monument in optimal conditions", said Patrick Branco Ruivo, general manager of the Eiffel Tower's operating company, Sete, who says he is applying the government's decree.

Foreign need to pay
The tests will be free for French visitors, but foreign tourists will have to pay 25 euros, as has been the case for any foreign non-resident getting tested anywhere in France since 7 July.

Ruivo says visitors were warned in advance through messages on the website in all languages.

The plan is to start with 1,500 tests per day, or one out of ten visitors.

The Eiffel Tower, one of the world's most visited monuments, reopened on 16 July after being closed for 8.5 months, its longest period without visitors since World War II.

Since Friday, the monument has received between 10,000 and 13,000 tourists per day, half of its usual summer attendance.

While there are no limits to entry, lifts on the first two floors are only allowed to take 50 per cent of their usual load, to enforce social distancing. Masks are also mandatory everywhere on the monument.