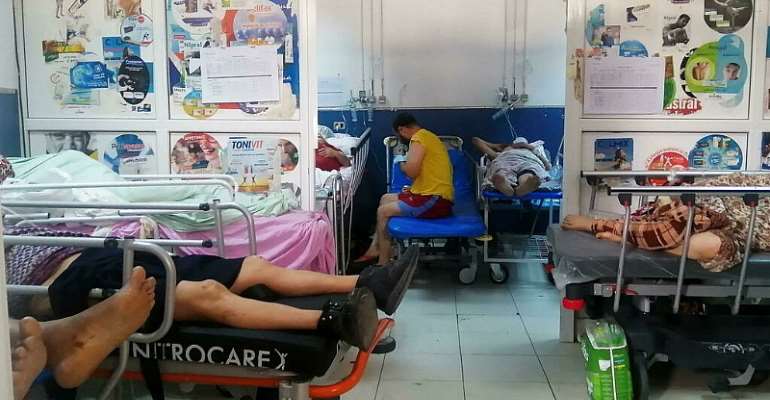 In Tunisia, public anger over how the government has been handling the Covid pandemic is rising, highlighting an ongoing political power struggle between the President and the Prime minister.

President Kais Saied said on Wednesday that the military health department will take over management of the Covid health crisis, a day after Prime Minister Hichem Mechichi fired health minister Faouzi Mehdi, who is close to the president.

Saied said the chaos and overcrowding were orchestrated by people within the political system.

Less than eight percent of the population is fully vaccinated.

Deteriorating heath facilities have been swamped with Covid patients, and hospitals lack oxygen supplies to treat them.

The health ministry had warned in May over potential shortages, and oxygen devices sent from France in early June are not yet fully operational because of bureaucratic delays.

Staff shortages mean bodies are left in beds next to patients for up to 24 hours.

Mechichi blamed Mehdi for the oxygen shortages and said he had not anticipated the stampedes that occurred Monday at temporary vaccination centres opened at the start of the Eid al-Adha Muslim festival.

Measures announced by the government, such as mask mandates or movement restrictions, have been poorly enforced.

The public is getting increasingly angry at contradictory announcements, like a decision to allow a congress in July of a powerful trade union, while banning weddings and other gatherings.

Images of a cabinet retreat at a luxury hotel contrasted with a widely-shared video of a hospital manager crying over the lack of oxygen.

The health crisis adds to an ongoing political crisis, a decade after the 2011 revolution that overthrew Zine El Abidine Ben Ali.

The country's fractious political class has been unable to form lasting, effective governments, and the political turmoil has made it difficult to provide public services.