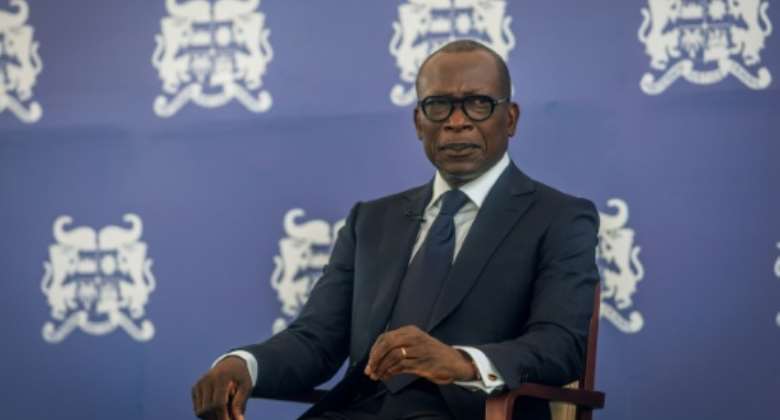 Opposition leaders say they are afraid to speak out under the rule of Patrice Talon. By Yanick Folly, Yanick Folly (AFP/File)

Silence has fallen around the political opposition in Benin, once a beacon of multi-party democracy, where arrests have proliferated since presidential elections less than four months ago.

"It's better not to say anything, not to see anything, and most of all, to support the president," said an opposition leader who asked to remain anonymous.

"It's simple -- we are scared of getting arrested like the others."

After that victory, major opposition figures were targeted for investigation by a special court and went into exile.

Since the last elections on April 11, which Talon won with 86 percent of votes, "the situation has worsened and the fear of speaking out, of ending up in a jail, has never been stronger," said Benin-based analyst Expedit Ologou.

Press contact with opposition leaders and civil society figures, in what was once a vibrant political forum, has shrivelled.

"I would rather not speak to the press", "can I speak off the record?", "let's wait and see" were frequent responses to AFP for interview requests this month.

The trigger for this self-imposed blackout has been the arrest of two key opposition leaders, Joel Aivo and Reckya Madougou, who were disqualified from running in this year's election.

Aivo was arrested just days after the vote, and stands accused of undermining state security.

A few weeks before the vote, Madougou was arrested, for plotting terrorist acts to undermine the ballot.

Both say the charges are politically motivated.

"If the regime is capable of imprisoning personalities as respected and important, then no-one is safe," said the leader of a France-based organisation supporting Benin's opposition.

"Aivo and Madougou are the most emblematic cases but there are many more young opposition members who have ended up in jail before and after the election."

Critics of the government say at least one hundred opposition members are currently detained.

Authorities in Benin did not respond to AFP's request for comment on their claim.

"After these arrests, many of us have fled to neighbouring countries," said a source close to Aivo, who in mid-April moved to Togo.

There, and in Nigeria, "about a hundred young people have arrived" recently, many with little resources but too scared to go back home, he said.

One is 33-year-old Bill Souleymane Kingninohou, a local representative of the Democrats opposition party.

He left Cotonou on April 7 and headed to Togo, where he has since asked for asylum.

"A police officer threatened me by phone, and people close to me were arrested, so I left," he said, adding that his family stayed behind.

"It's better than ending up in prison," he added.

Many of those who fled are from the centre of the country, said the source close to Aivo, where violence erupted during the campaign.

In the lead-up to the vote, two people were killed when troops opened fire to clear opposition protesters blockading a major highway.

For his second term in office, hopes were that Talon would attempt to ease tensions. But three months after the vote, "there is no sign of any political dialogue," said Ologou.

Presidential spokesman Wilfried Houngbedji told AFP that the country had a "chief opposition leader in accordance with the law."

"Nobody is stopping anyone from speaking out, from criticising. You simply have to take responsibility for your words," he said.

The opposition gained no seats in the National Assembly in the 2019 legislative elections.

In such a scenario, under a law passed that year, the title of chief opposition leader goes to the opposition candidate who garnered most signatures of support from elected local officials.

That title thus fell to Paul Hounkpe, leader of the Cowry Forces for an Emerging Benin (FCBE) -- a party criticised by its founder ex-president Thomas Boni Yayi, a Talon rival, as having become too close to the government.

"After the press, the unions, it's now political parties which are under pressure," said journalist Vincent Foly, director of a pro-opposition paper, La Nouvelle Tribune, banned three years ago.

Even parties seen as radical, such as the Democrats and the Social Liberal Union, are in a "state of lethargy," he said.

"There are no more meetings, protests or even strong statements from their leaders," said Foly.

"And the regime has no interest in sitting down with the opposition if they don't have to."

The more we sink into debt and become poorer, the more money...
52 minutes ago