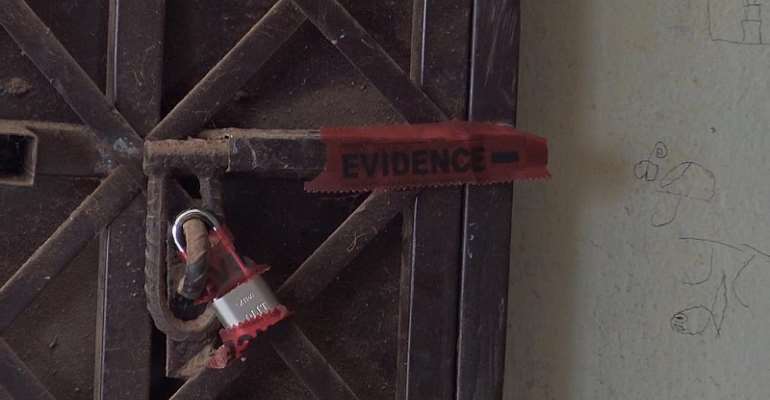 A 36-year-old young man has been shot dead in a suspected robbery attack at Tantra Hill in Accra.

The deceased, Stephen Akowuah, believed to be a physical instructor, was allegedly shot around 1am in his apartment on Thursday, July 22, 2021.

The robbery attack also left one person injured after he was allegedly hit on the head by one of the robbers.

According to the police, they received a distress call and “responded accordingly, where the caller directed them to the deceased's apartment. Upon arrival, the police were informed that three heavily built men stormed the residence and shot the deceased without any provocation and stormed other rooms to rob other tenants off their mobile phones and various sums of money.”

“A tenant was also hit on the head, injuring him in the process. The injured has been sent to the hospital for medical assistance, while the deceased has been deposited at the Police Hospital morgue for preservation and autopsy.”

Meanwhile, the police in Accra have commenced investigations into the killing.

Speaking to Citi News, one of the neighbours of the deceased explained that the alleged robbers threatened to kill him if he could not provide money for them.

“They were youth but you could see that they were highly intoxicated. They seemed slow and drowsy and communicated in Hausa but I started hearing Awudu so I’m guessing one of them is called Awudu. One of them was in a mask but the other two were not and they were here for almost an hour. They locked me in a room and were doing all sorts of things in the house. They came back 30 minutes later and threatened to kill me or take my one-year-old son if I didn’t give them more money; they had taken some money earlier,” a victim of the robbery stated.

I heard a noise around 1 am and came down when I saw the tenants gathered around so I asked what happened and that was when I was told that he was attacked and killed,” a neighbour of the deceased told Citi News.

“Vaccines As A Tool For Immigration Control Is Retrogressive...
47 minutes ago