By Alena Thiel - The Conversation 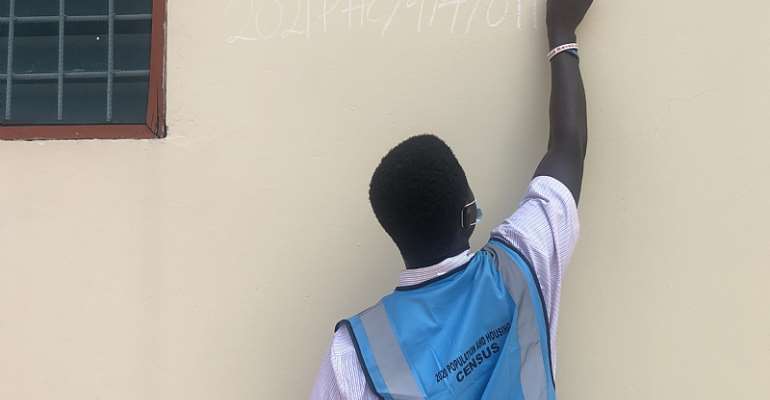 Ghana has just carried out its latest population and housing census. This is an exercise organised every ten years.

For the first time a digital data capture and transfer system was used.

The use of the digital innovations offered important advantages. For example, it facilitated real-time data quality monitoring and reduced data processing time.

In addition, integrating GPS-based information on respondents' location added new spatial data layers. The new system allows for spatial analysis of the population's access to basic necessities such as water. This is helping the census meet its commitment to analysing the living conditions of the population.

In a research paper published last year I examined the digital transformation of the Ghanaian population data system. So far, the focus on these developments has largely centred on costs and implementation.

But there are social and political aspects too which have been largely ignored. For example, the aim of this year's digital census was to give “ everyone in the country a voice ”. Changes were introduced to meet this goal. Examples include the fact that new census categories cover disability status. This suggests a new form of inclusiveness. And, with the use of ICT, new focal areas included access to basic infrastructure.

At the same time, the recent population census offers a window into the contested terrain of population statistics. These rely on sorting individual variation into categories. Categories are technical means for making the population countable. But they are much more than that too. They produce dividing lines along which people identify themselves – personally and collectively. They thereby play a central role in delineating the population and representing it as a nation.

Ghana is a relatively young democracy. And nation-building remains unfinished. It's therefore no surprise that census categories have been subject to contestation. The recent population and housing census is no different. This is clear from the fact that it has stirred up intense emotions about citizenship and belonging.

Historically, Ghana's population data system has relied heavily on census taking. Some countries, such as the Netherlands or Denmark, rely on their civil registration systems to produce population statistics. But historically in Ghana there hasn't been sufficient investment in these capabilities. Population estimates thus required periodic surveys and projections.

The 2020/2021 population and housing census has benefited from this institutional strengthening in several ways. For example, the country's address system has been used to monitor data quality by checking against the existing housing register.

Throughout Ghana's post-independence history, census taking did more than simply meet the data needs of various political and development programmes. It has also contributed to the construction of the population in which individuals recognised themselves. In this way, it played a crucial role in moulding how Ghana sees itself.

For example, census historian Gerardo Serra writes , Ghana's first post-independence census of 1960 was mobilised as a departure from colonialism and to represent the first steps into the modern era.

In the colonial era censuses focused less on the living conditions of the population than on establishing control over the colony.

After independence, Ghana's censuses reflected growing concerns of population growth, with a focus on fertility and citizenship. Census categories were incrementally added that were supposed to be sensitive to the nation's economic structure. For example, following the 1983 structural adjustment programmes , the 1984 census was tailored to meet the data needs of international organisations, including the World Bank.

At the same time, the emerging decentralisation of governance called for increased localisation of data analysis and reporting.

Changes in the Ghanaian census' focus and method have historically been accompanied by disagreements about the categories being used. New categories, such as boundaries of local authorities, community names, or professional distinctions were added and brought to the fore.

This census is no different. Public discussions and local boycotts of the enumeration in 2021 centred on concerns about misrepresentation.

For instance, in Ghana's Upper East region, concerns were raised about alleged discrimination in the listing of localities . In the Volta region, the focal area of contestation was the alleged failure to list subgroups of the Ewe ethnicity.

The census also triggered public commentary about who counted as Ghanaian. Some alleged that certain groups listed in the survey represented foreigners. Examples include dismissing residents of the borderlands as Togolese, while Fulani and Hausa populations were repeatedly labelled as immigrants.

And while the government framed the census as a means of enhancing development in the country, some residents said they wouldn't participate because development had eluded their communities.

These debates politicised the census, reframing it as a moment of cementing the national identity, while also re-articulating the official narrative of data's developmental potential.

Important innovations have accompanied the 2021/2021 population and housing census along with the promise of better data for development. However, these contestations around identity and belonging are concerns technology cannot fix.

More Article
ModernGhana Links
The Big Spoon diplomacy - Goka versus Jankufa
Dying Poultry Sector: Who is responsible?
Ghana must rise! Future leaders must not keep mute!!
Astrazeneca Clotting Is Being Intentionally Exaggerated
Nation Building: Ghana Ministers, some really do care
Pasha 118: Herd immunity isn't achievable. We need to learn to live with COVID-19
Africa can prevent Ethiopia from going down Rwanda's path: here's how
Germany is returning Nigeria's looted Benin Bronzes: why it's not nearly enough
Why it's time to break the cycle of reform and protest at Kenya's universities
TOP STORIES