By Zoheb Khan - The Conversation 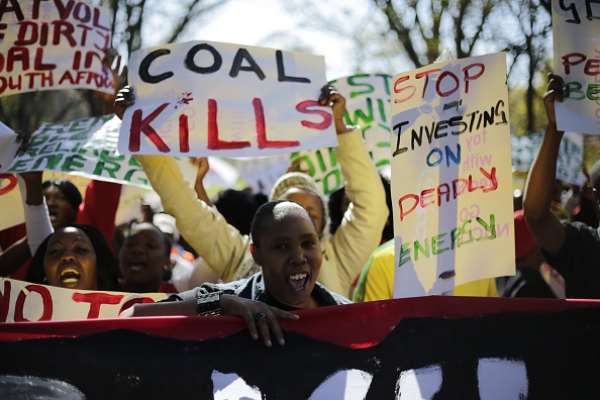 South Africa's over-reliance on coal-fired power plants places the country among the world's top carbon emitters and does huge damage to the health of its citizens. The country has also struggled to maintain a stable energy supply since 2007. Power cuts are now a regular feature of South African life.

A developmental priority is therefore a transition from highly centralised energy production that depends on diminishing reserves of fossil fuels towards decentralised production of renewable, clean energy.

Ten years ago the government introduced a programme designed to enable the procurement of renewable energy from companies that are independent from the country's monopoly electricity supplier. Known as the Renewable Energy Independent Power Producer Procurement Programme , it has, by some measures , been remarkably successful. It has attracted over R200 billion (over US$13 billion) of private capital to the construction and operation of 77 solar and wind facilities. It also added rougly 5,000 megawatts of generation capacity to the country's strained national grid.

But is this investment spurring change for ordinary people in the often impoverished communities around the new facilities? The designers of the programme recognised that in the country's transition to a cleaner, greener economy, it would be important to ensure that communities were not left behind. Companies that bid were thus required to meet a set of economic development criteria. This “economic development scorecard” counted 30% of the evaluation of companies' bids to become independent power producers (IPPs) alongside the technical and financial aspects of proposed energy production.

Successful bidders were awarded a 20-year contract to supply electricity to the state power utility Eskom and are monitored for compliance with their economic development plans. These include proposals for job creation, local content, and for spending at least a percentage of revenue on socioeconomic development initiatives.

Our recent research at the independent research house Intellidex investigated a controversial – but also potentially transformative – element of the economic development scorecard. This was that communities surrounding new projects had to have a minimum 2.5% shareholding, with a target of 5%.

In most cases, IPPs set up community trusts to satisfy this requirement. On average, these trusts own 9% to 12% stakes in their associated projects. For the trusts established during the programme's first four bidding rounds, projected dividend flows from these shareholdings amount to roughly R27 billion over the 20-year contract periods of the new power plants. There is therefore significant potential for the community trusts to improve the financial position of communities and in turn contribute to local community development.

However, we found that most of this potential is unrealised, due to a variety of contextual and institutional factors. At best these impede the effectiveness of the trusts. At worst they cripple them for years.

For many IPPs, ensuring compliance with these targets is the sole measure of the success of their economic development work. They don't recognise the potential of the trusts to become vehicles for social change. This “compliance” mindset focuses on inputs and expenditure, rather than the development that the spending actually facilitates . It encourages planners to take the path of least resistance, rather than making efforts to ensure that the trusts are set up to succeed.

For example, in the set-up phase of trusts, company staff who are charged with trust development should engage with communities to identify what their needs and strengths are, and to find feasible and trusted potential partners. But our study found this often isn't done. This is partly because staff at IPPs – typically engineers and accountants – usually don't have the skills and experience for community development and consultative work.

Trustee selection can also be difficult. Our research found a wide variety of rules across the programme. Some trusts hold open elections where anyone in the community can stand. This can lead to situations where election processes are hijacked by political parties whose appointees attempt to use the trust to dispense political patronage at the expense of the broader community.

In other cases, open elections can mean people are elected who do not have the skills to be an effective trustee. As a result little, if any, work is done.

These pitfalls are avoided in trusts where “independent”, professional trustees from outside the communities are appointed, not elected. This, however, carries the risk of trustees – some of whom have never set foot in the communities they serve – being perceived as illegitimate by the trust's beneficiaries.

Trusts' shareholding in renewable energy projects is almost always financed through debt. The terms of these loans are extremely onerous. Even on loans provided by development finance institutions – whose mandate is to support the country's development – annual interest rates can easily exceed 15%.

The result is that trusts spend many years paying off debt before they can do any meaningful work. Many trusts established in 2011 are only now reaching their final loan repayments. And their associated round 1 projects benefited from unit tariffs that were almost three times higher than those associated with round 4 projects. (Bidding to become an IPP has become more competitive, reflected in progressively lower average prices for electricity sold to Eskom over time.)

For recently established trusts it will therefore take even longer to repay loans.

These long periods of dormancy mean trustees are demotivated and communities become apathetic.

This apathy is reinforced by two outside factors. Firstly, job creation by the IPPs is rarely as expansive as communities expected. Secondly, projects do not supply power to the towns around the new facilities. IPPs must feed power directly into the national grid. In every community I visited this is one of the biggest disappointments: longstanding energy insecurity is unaffected by the presence of a project.

Renewable energy is now seen as just another pipe dream.

The Renewable Energy Independent Power Producer Procurement Programme trusts represent one of the most progressive policy interventions of South Africa's democratic era. They have the potential to meaningfully build assets for communities that have experienced sustained dispossession and underdevelopment.

In South Africa's energy transition, this could represent a pioneering model of shared growth, with widely dispersed benefits. It also fulfils the “broad-based” ambition of black economic empowerment policy in South Africa, rather than benefiting only well-connected individuals.

Most of the trusts are currently inactive or dysfunctional. Nevertheless, there are clear cases where they work well - where capable trustees work with the IPPs to develop structures that help ordinary people take charge of their own development.

Ensuring all trusts have the capacity to work in this way requires that development finance institutions and other governmental entities like the IPP Office that coordinates the programme do the following:

Develop guidelines for IPPs on how to set up trusts and how to work with communities.

These are easily achievable fixes. They simply require political will.

Intellidex's research on the REIPPPP community trusts was funded by FirstRand. Zoheb Khan works as the social economy research manager at Intellidex. He is also a research associate at the Centre for Social Development at the University of Johannesburg.

More Article
ModernGhana Links
The Big Spoon diplomacy - Goka versus Jankufa
Dying Poultry Sector: Who is responsible?
Ghana must rise! Future leaders must not keep mute!!
Astrazeneca Clotting Is Being Intentionally Exaggerated
Pasha 118: Herd immunity isn't achievable. We need to learn to live with COVID-19
Africa can prevent Ethiopia from going down Rwanda's path: here's how
Germany is returning Nigeria's looted Benin Bronzes: why it's not nearly enough
Why it's time to break the cycle of reform and protest at Kenya's universities
National Cathedral: Please Ignore Ken Ofori-Atta’s Provocation [Part One]
TOP STORIES